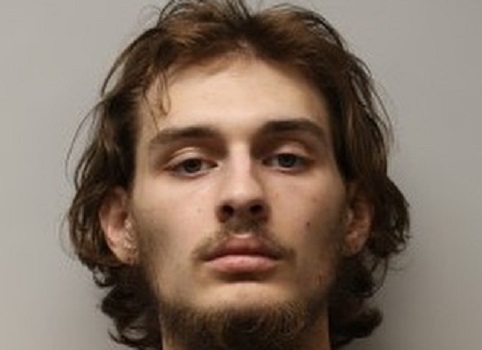 A Massachusetts man is facing multiple charges as he has been accused of assaulting and kidnapping a woman while being in illegal possession of an apparent “ghost gun”.

The preliminary investigation suggests that, according to Middlesex District Attorney Marian Ryan and Tewksbury Chief of Police Ryan Columbus, at approximately 11:07 a.m. on September 13, there was an altercation between 22-year-old Jonathan Perry, of Peabody, and the victim in the area of Old Boston Road in Tewksbury. Perry allegedly grabbed the victim and held her in a vehicle he was operating against her will, both physically and by using verbal threats.

Tewksbury Police were subsequently able to identify the possible victim and Perry. They made contact with a family member who was able to confirm that the victim was in need of assistance. Police were eventually able to locate the vehicle in the area of Fuller Street in Stoneham. Perry and the victim were both inside the vehicle at the time and Perry was arrested without incident.

Perry was also found to be in possession of a firearm with no serial number or make information as is required by law. The label “P80” was imprinted on the grip. “P80”, also known as “Polymer 380” is a company that sells pistol kits, commonly known as “ghost guns” which are untraceable due to the lack of serial numbers. A loaded magazine was also located.

Perry was arraigned in Lowell District Court on charges of kidnapping, possession of a large capacity firearm, possession of a large capacity feeding device, assault and battery on a household or family member and possession of ammunition without a license. Perry was ordered held pending a dangerousness hearing scheduled for September 20, 2022. The Department of Probation has also revoked the defendant’s probation on a prior case where the defendant pled guilty to the charge of involuntary manslaughter out of Somerville.