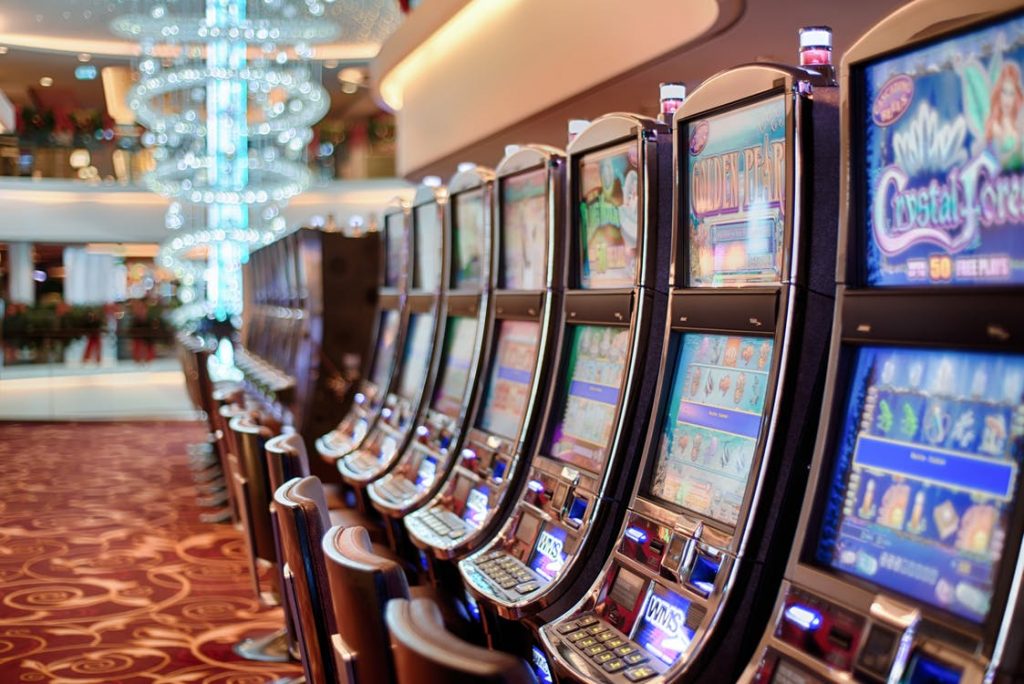 Slot machines are not meant to be turned off for four months at a time, as it turns out.

A few hours after Plainridge Park Casino reopened Wednesday morning under rigid pandemic safety guidelines, Vice President and General Manager Lance George said the biggest issues he and his staff were dealing with included paper jams, printer errors and other bugs that revealed themselves as players started pulling levers and pushing buttons on machines that had been dormant for nearly four months.

“Everybody is in a good mood, everybody is happy, several comments that it’s great to see us back open, it’s great that they’re able to get out and interact socially, it’s great that we got people back to work,” he said about three hours after the Plainville slots parlor welcomed guests back. “Across the board, both on the employee side as well as the customer side, it’s been very easy. Any issues, people have been more than understanding.”

George said players seemed to know what to expect when Plainridge reopened its doors. The slots parlor posted the details of its health and safety precautions to its website and sent an explanation directly to regulars, and George estimated that 99 percent of guests came prepared with their own mask.

As they arrived at PPC on Wednesday morning, players queued up in a way that allowed for social distancing, walked up to a digital temperature-taker and then presented an ID so Plainridge can keep a log of who has visited its facility to make contact tracing easier, if needed.

Instead of its usual capacity of about 5,800 people, Plainridge Park Casino is limited to about 2,100 people and about 700 of the parlor’s roughly 1,250 slot machines are active. Bruce Band, assistant director of the Gaming Commission’s Investigations and Enforcement Bureau, said there were 253 people at Plainridge Park Casino as of 9 a.m. Wednesday.

“You can still feel the vibe on the floor,” George said, adding that there had not been any issues with players lowering their masks while on the gaming floor.

Gaming Commission Interim Executive Director Karen Wells said the State Police reported to her that there had been no issues in the first few hours that the slots parlor was open.

Plainridge opted to reopen in the middle of the week because it will allow a chance to work out any kinks in the operation or in the safety plan before the weekend, when more players might make their own returns to the slots, George said. Live racing resumes at Plainridge’s harness racing track on Monday.

He said he is not sure exactly what to expect from the first weekend of being reopen. Plainridge is the 35th of 41 gaming facilities run by Penn National Gaming to reopen, George said, and the first days and weeks of reopening have gone differently in each location.

“We have a solid understanding of what it takes to reopen in a smart, common-sense way and of course the focus for us is public safety,” he said.

George said there is one pandemic-related issue that’s giving Plainridge Park a bit of a headache — the national coin shortage caused by a slowdown in coin production at the U.S. Mint and a shift towards mobile or digital payments during the pandemic.

“We’ll probably be running a promotion for our customers and our employees to bring in their change and we’ll exchange it for them at no cost,” he said. “We placed our order, we only received a small percentage of that coin order.”

All three of the state’s gaming facilities closed March 15 as the COVID-19 pandemic began to take hold and remained closed as similar venues in nearby Connecticut and Rhode Island reopened in recent weeks.

Though all involved agreed that the initial reopening of Plainridge Park Casino went smoothly, there was a discrepancy around the first person let into the slots parlor when it reopened at 8 a.m. Wednesday.

As the Gaming Commission was convening a meeting at 10 a.m. Wednesday, commission staff and Chairwoman Cathy Judd-Stein said that the first gambler let into Plainridge Park Casino on Wednesday morning made a beeline for the gaming floor, ran directly into a slot machine and went tumbling to the ground. Judd-Stein said the woman was OK.

But Plainridge Park Casino officials said they had not heard the anecdote about the apparently pent up excitement for gaming and said they were not aware of any such incident. They said the first person in the doors Wednesday was a man.