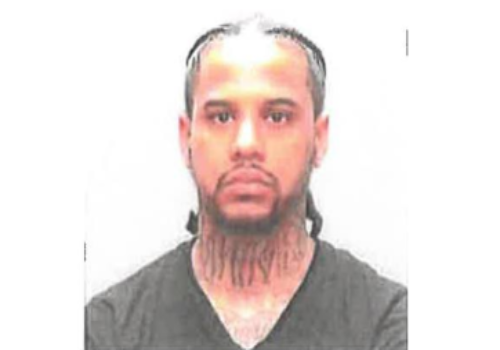 This Dorchester man with a strong connection to Taunton is wanted by police after he recently cut off his GPS monitoring device and further violated the terms of his pretrial release on a pending domestic assault case. Kile Hilliard, 28, was ordered to remain in home confinement while wearing a GPS monitoring device while his case is pending in Taunton District Court cut off his GPS unit on June 20th and fled his home. The defendant was arrested in May after he allegedly violently assaulted his girlfriend in a moving vehicle in Taunton. He is accused of grabbing the victims by the hair, dragging her into the backseat of a car and ripping out chunks of her hair. He is also accused of punching her in the back several time, strangling her and biting her several times. When the victim attempted to call police, the defendant took her cell phone and threw it out the car window, according to police reports.

To anonymously text a tip, text the word “Bristol” to the phone number CRIMES (274637). Then just text your tip.