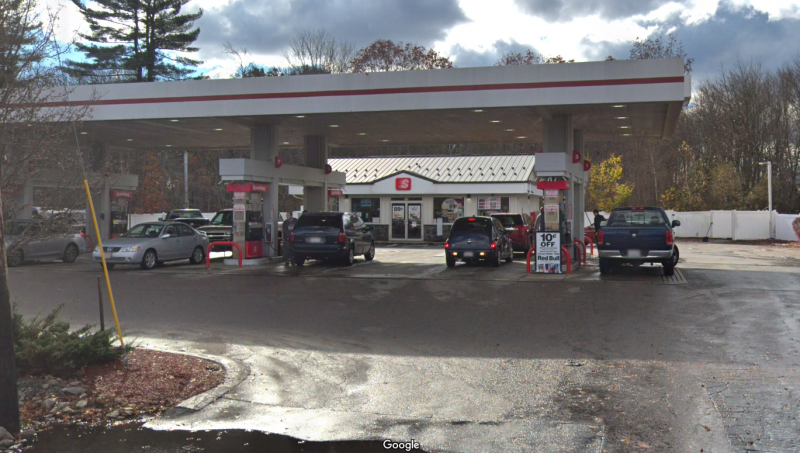 A southeastern Massachusetts robbery spree has landed a man behind bars.

According to Gregg Miliote of the Bristol County District Attorney’s Office, Amadeu Filho pleaded guilty to indictments charging him with three counts of armed and masked robbery.

His co-defendants in the case, Erickson Gomes and Jose Gomes, were convicted of the same charges in February 2018 and are currently serving five year state prison terms.

In the early morning hours of July 11, 2015 (between approximately 3:50 a.m. and 4:45 a.m.), the co-defendants, armed with knives and wearing masks, committed robberies at three different businesses: first, at the CVS Pharmacy on Kempton Street in New Bedford; second, at the Hess Gas station at 943 County Street in Taunton; and, third, at Junior’s Convenience Store on South Main Street in Freetown. The modus operandi for each robbery was essentially the same: Erickson Gomes (wearing a blue hood and white mask) and Amadeu Filho (wearing a gray hood and black mask) entered the stores and, while holding the employees at knife point, stole cash from the registers. Additionally, Filho dragged the CVS worker with a knife pressed to her back to the back office before stealing the money, and one of the men punched the Hess worker in the face when they demanded he open a safe. Despite the disguises, surveillance videos from each store were sufficiently clear to show that the same two men committed each robbery. They stole approximately $850 from CVS, several packs of Backwoods cigars and between $100 and $200 from Hess, and about $325 from Junior’s Convenience Store. Jose Gomes acted as the driver. Footage from the Taunton Hess showed Erickson and Filho running to a waiting car after that robbery, and a witness in Freetown saw a car with its headlights off driving away from Junior’s Convenience Store following the robbery.

Lakeville Police Sgt. Michael Dwyer overheard the radio dispatches regarding the robberies in Taunton and Freetown. He went to Joe’s Gas on Route 18 to check the property, but the store was still closed. Sgt. Dwyer exited the lot and checked a fenced-area nearby. There, he found a silver car with Rhode Island plates. Sgt. Dwyer observed defendant Filho pretending to be asleep in the front passenger seat. In the back seat, he saw in plain view a large amount of money scattered over the seat, a black knife, and a white plastic bag of money. After Dwyer “woke up” Filho by calling out and knocking on the window, Filho explained that he had been at a club with Jose Gomes and gotten drunk, although he did not seem intoxicated. He also claimed he did not know who owned the car. When police removed Filho from the car to speak with him, Dwyer looked where he had been sitting and observed black pants, a gray hoody, a black glove, and a black mask on the floor.

Taunton and Freetown Police sent Sgt. Dwyer still photos from the robberies and Dwyer recognized the clothing in the images as the items that were in the car. In the car, police also observed several packs of Backwood cigars, a white Hess bag containing large rolls of cash, and a white ripped pantyhose. Police located a second knife in the grassy area of the adjacent property. Police started receiving 911 calls about two men running in the woods not far from the area. The area, which includes the Ocean Spray headquarters and surrounding property, is heavily wooded and contains swamps and marshland. Police set up a perimeter around this area in order to find Erickson and Jose. Following an extensive search of the woods which lasted over an hour, police located and arrested Erickson near Cross Street at about 7:25 a.m. A short time later, after a foot pursuit, police located Jose, shoeless, behind Ocean Spray headquarters.

Defendant Filho was held in custody from the date of arrest on July 11, 2015 until a $50,000 cash bail was posted on August 1, 2016. After his release and pending trial in this matter, the defendant was arrested on June 29, 2017 for drug and gun offenses in Brockton. Police executed a search warrant at the defendant’s residence after three controlled buys from the defendant and his girlfriend. Upon entry, the police located the defendant, his girlfriend, his mother and two young children inside. Inside the defendant’s bedroom, the police located approximately 249 grams of heroin, approximately 42 grams of a cutting agent, $10,000 cash and two handguns with ammunition. On June 29, 2017, the Commonwealth’s motion to revoke the defendant’s bail on this case was allowed. Subsequently, the defendant was indicted by a Plymouth County Grand Jury for trafficking heroin in 200 grams or more, possession of a firearm without an FID card (2 counts), and firearm violation with 1 prior violent/drug conviction (2 counts). The case in Plymouth Superior Court is still pending. On March 19, 2018, the bail revocation period on this case expired and the defendant was released on the same $50,000 cash bail after a bail hearing.

The jury trial before Judge William Sullivan lasted one week and was prosecuted by Assistant District Attorney Carolyn Morrissette.

“I am very pleased the jury held the defendant accountable for his violent armed robbery spree that occurred in three separate communities. Unfortunately the defendant posted the $50,000 cash bail and then committed a serious drug and gun crime in Plymouth County. He was later released again after the bail revocation time period expired,” District Attorney Quinn said. “This case highlights the need for bail reform because the defendant never should have been released after committing the second crime. He clearly posed a danger to the community. It is no surprise he was arrested again 10 days before the trial. I would like to thank Lakeville Sgt. Michael Dwyer whose alertness and efforts led to the arrest of the defendant and co-defendants.”