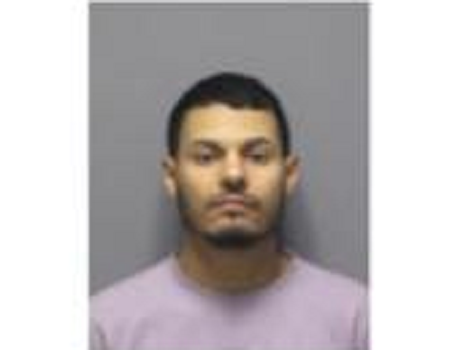 Colonel Michael J. Winquist, Chief of the Cranston Police Department, announces the arrest of a man for firing a BB gun multiple times at a neighbor. Ismael Rodriguez, age 24, of 8 Fenner Street Apt. #6, Cranston, RI was arrested and charged with Felony Assault/Use Device Similar to Firearm and Vandalism.

On January 11, 2020 at 2:18 p.m. Cranston Police received a call from a woman who stated that she was shot at with either a BB or a small caliber bullet, which almost grazed her as she stood outside her home. The victim stated that she was cleaning in her back yard when she heard a couple of pops that didn’t sound familiar. As she continued cleaning she heard another pop which she noticed a projectile come near her face and struck the glass on the screen door and bounced off. When she looked around she observed a muzzle of a rifle coming from a window of an apartment complex located at 8 Fenner Street.

Officers responded to 8 Fenner Street, Apt. #6, and were able to make contact with Ismael Rodriguez where they later searched the apartment and recovered a BB gun rifle and box of BB gun ammo. The BB gun rifle was located near the window that is alleged to have been used to fire at the victim.

Rodriguez alleges he was target shooting at the time when the victim reported being fired at. Rodriguez was charged with Felony Assault/Use Device Similar to Firearm for firing at the victim multiple times and Vandalism for the damage to the victim’s home. He was arraigned and released by a Justice of the Peace and is due back in court in February.