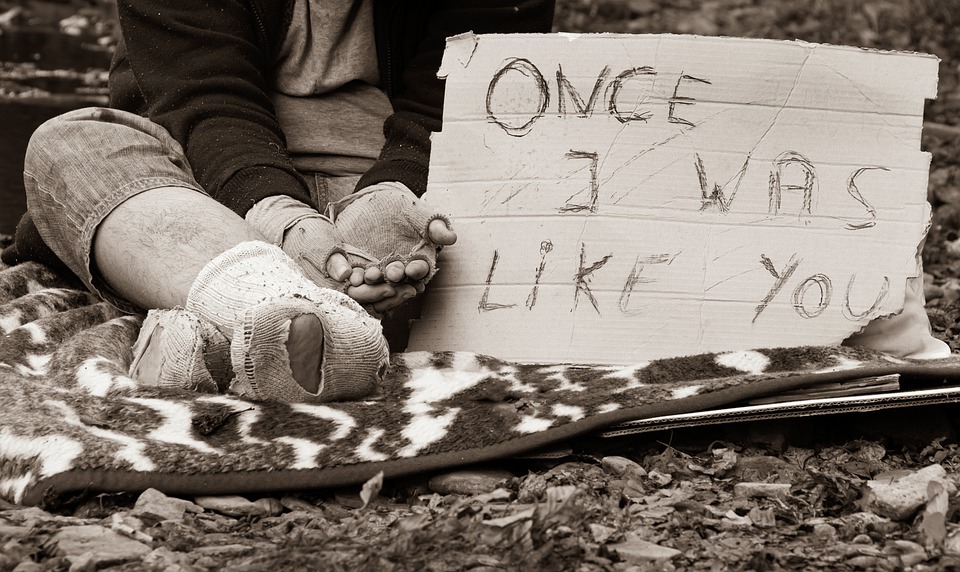 “I was walking out of Stop & Shop on Rodman Street and encountered a gentleman asking for change. I generally don’t acknowledge people pan-handling, but his soft spoken tone caught my attention.”

“We talked. I shared my story and I listened.”

“I tried giving him some words of encouragement as I have been homeless and I’m a recovering addict and alcoholic. I told him to work hard at it and it will get better. I got better. I turned my life around. He could also turn his life around.”

“I don’t think he was a terrible person, he is just going through a terrible time. It’s not my place to share how he ended up on the streets and in the position he’s in, but he didn’t portray himself as the typical “junkie” most people label pan-handlers as.”

“I asked if we could take a picture together so I could share his story, as homeless people always get a bad rap on here. He wasn’t bad. He was broken. He thanked me for the few food items I gave him and the only dollar I had. He also thanked me for taking the time to ask his story and listen.”

“I was once this man. I thought about my beautiful wife and son and how lucky I am to have been able to turn it around. I was humbled. I am human. He is human. Sometimes a little humanity can go farther than you think. If giving people money isn’t your thing, trying giving them your time. Your words. Your encouragement. It’s free and it could change their life. Let’s build them up, not break them down. That could be you. That could be me. That was me.”