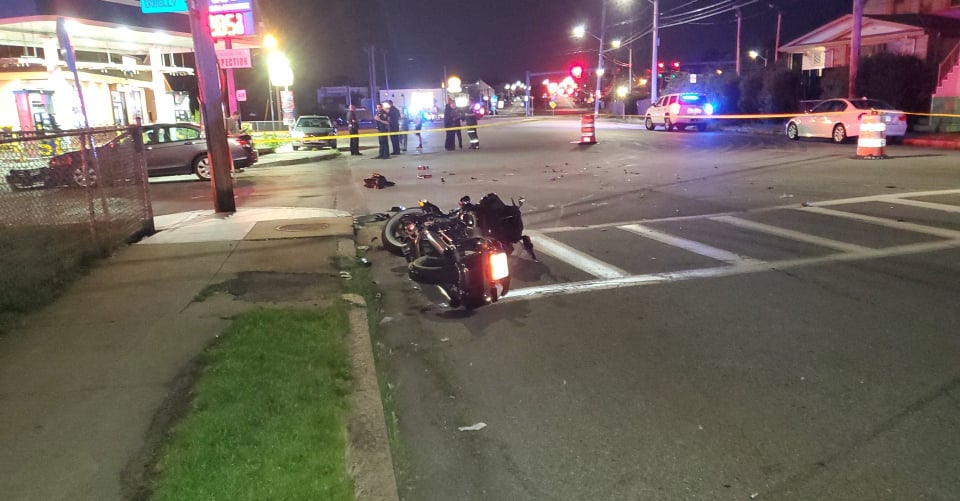 One man is in the hospital following a serious motorcycle crash in Fall River Saturday.

Fall River Police and EMS responded to the scene of a motorcycle versus car collision at approximately 8:30 p.m. at the intersection of Laurel Street and Dwelly Street.

According to Lt. Gregory Wiley, the motorcycle was travelling south on Laurel Street when it was struck by a Honda Accord who attempted to turn left onto Dwelly Street from Laurel Street.

The operator of the motorcycle sustained a serious leg injury and after being treated on scene, was transported to Rhode Island Hospital where he was listed in stable condition with non-life threatening injuries.

Accident reconstruction responded to the scene to assist in the investigation which led to the operator of the Honda Accord being issued a citation for failure to use care while turning.