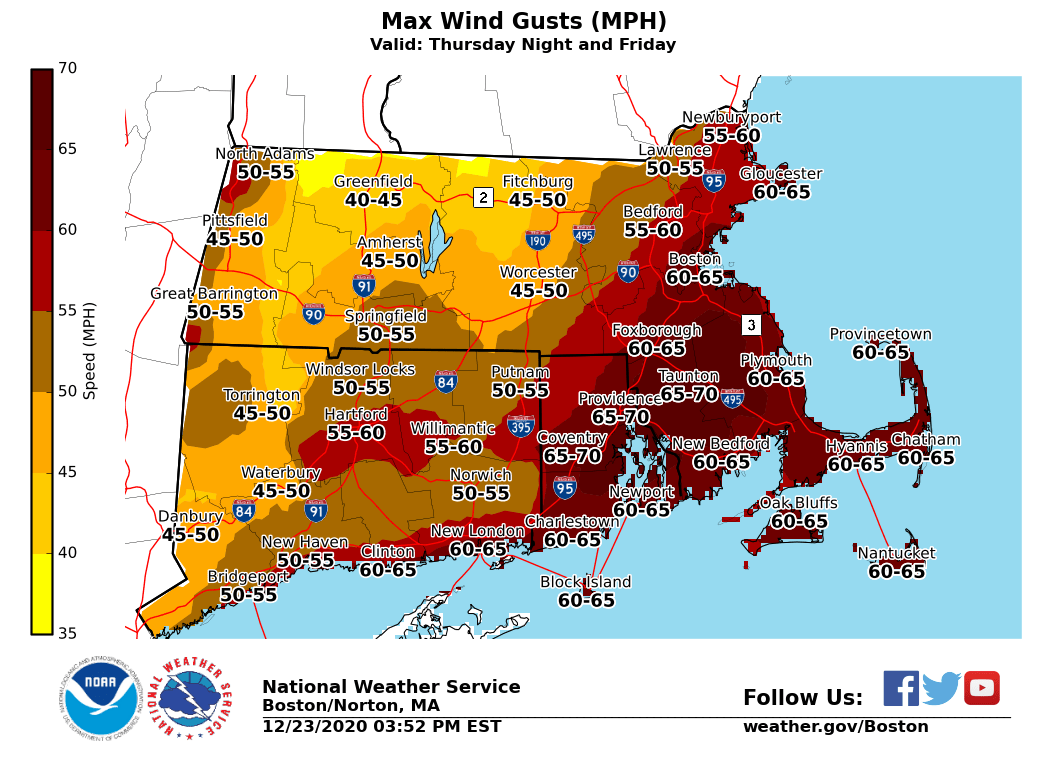 Strong winds and heavy rain are still expected in the coming days.

According to the National Weather Service, a Flood Watch will be in place for late Thursday night into Friday afternoon.

The Flood Watch is for portions of Massachusetts and Rhode Island, including the following areas:

Heavy rain may produce significant flooding of urban and poor drainage areas, as well as small streams and rivers. Rainfall totals of 2 to 3 inches are expected.

Those living in areas prone to flooding should be prepared to take action should flooding develop. 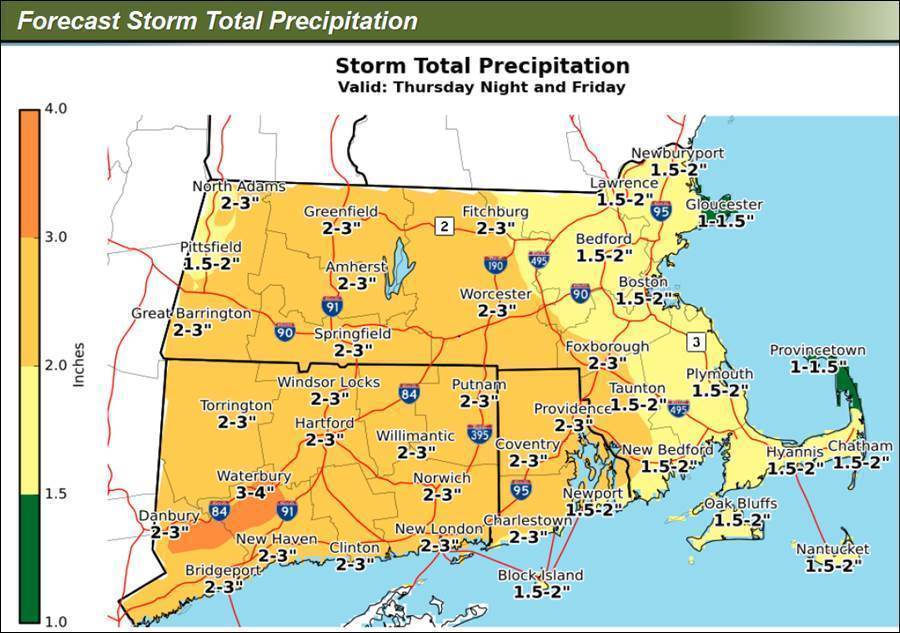 Also, a High Wind Warning will be in effect from midnight on Christmas Eve to 4:00 p.m. on Christmas for Rhode Island and eastern Massachusetts.

South winds 25 to 35 mph with gusts up to 65 mph expected. Some locations in coastal Rhode Island and southeast Massachusetts, including Cape Cod and the Islands, could see gusts as high as 75 mph.

The strongest winds are expected between 6:00 a.m. and noon on Friday.

Damaging winds will blow down trees and power lines. Widespread power outages are expected. Travel will be difficult, especially for high profile vehicles.

The NWS states that you should be prepared for power outages. Charge cell phones and other electronics ahead of time.

Avoid being outside around trees and branches. If possible, stay inside and away from windows. Use caution if you must drive.