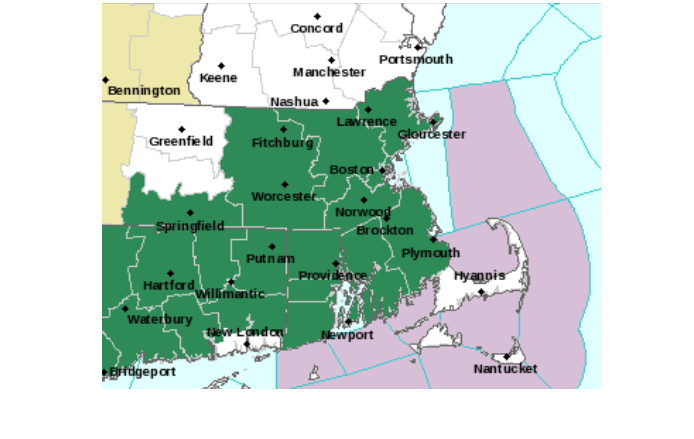 From late tonight through Friday afternoon an area of moderate to locally heavy rainfall is expected to move into southern New England late tonight and early Friday morning. The rain will track eastward, before moving offshore during the afternoon.

Widespread rainfall of 0.5 to 1.5 inches of rainfall is expected, however locally higher totals up to 2.5 inches are possible.

Streams and small rivers are running much higher than normal, and the ground is saturated. This is due to the recent series of heavy rainfall events. Therefore, the region is vulnerable to flash flooding.

Latest indications are that the heaviest rain may fall across north central to northeast Connecticut, Rhode Island, and southeast Massachusetts. However, the potential for flooding exists throughout the watch area. Stream and small river flooding, as well as urban and poor drainage flash flooding, are all possible.

A Flash Flood Watch means that conditions may develop that lead to flash flooding. Flash flooding is a very dangerous situation. You should monitor later forecasts and be prepared to take action should Flash Flood Warnings be issued.