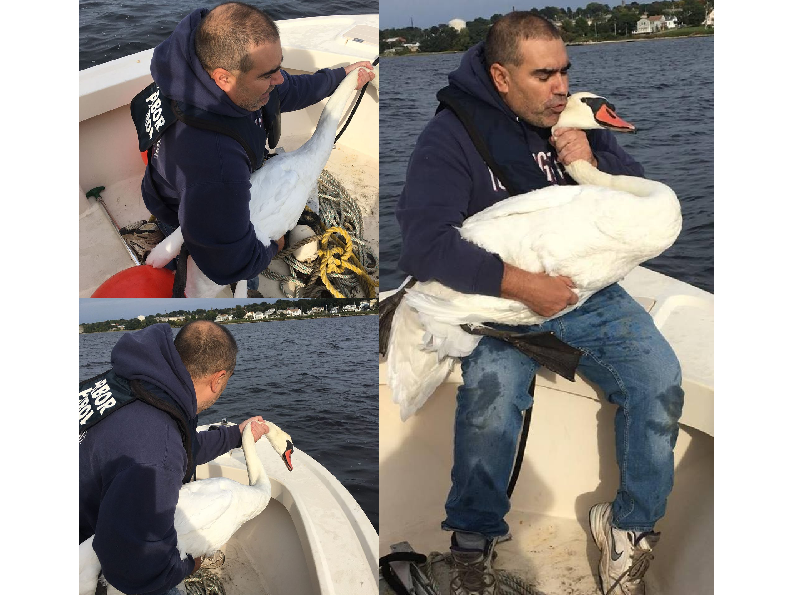 Every day there are heroes. Some big and some small. Many go unrecognized. Some save human lives, and some like Paul Borges save more of the feather variety.

According to Fall River Harbormaster Bob Smith, on Monday they received a call for a swan in distress at the far south end of the river. He had the cords from three helium balloons wrapped around his legs and could not move very well. The balloons were still connected.

Paul Borges from the Harbormaster Department came to the rescue.

According to Smith, they get quite a few of these calls and Paul has gotten very experienced at removing fishing line from swans. He snatches them out of the water before they know what is happening, cuts the line, and sends them on their happy way.

Sometimes it is the little things that can make a big impact.