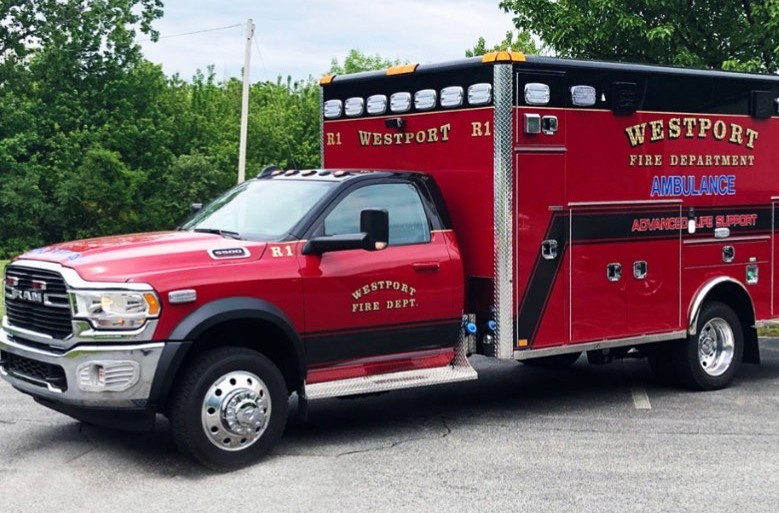 Often in life, you never know what it is going to throw at you. On Saturday evening, life brought a Fall River woman the opportunity to help save an injured motorcycle rider and bring him comfort. Her answer to that opportunity was a resounding yes.

Chelsee Barkemeyer, while on the Route 88 off ramp from Route 195, came upon a motorcycle in pieces on the side of the road, but there was no rider with the bike.

“I came upon his wrecked bike and it took me a couple of minutes to find him because he was in the woods on the other side of the off ramp from his bike. It was by miracle that I even found him. I saw his baseball cap under the guardrail across the road from the bike and said, I hope he’s not over there because that’s gonna be bad.”

Chelsee isn’t totally sure how the biker, who’s name is Mark and also from Fall River, ended up in the woods.

“I’m not too sure what happened. I think he hit the guardrail, but I’m not positive honestly. He flew over the guardrail into the woods and his bike flew across the road.”

Once Chelsee found Mark, she tried to comfort him and do what she could for him.

“I called his mom for him. I held his hand as he begged me to help him.”

Chelsee stayed with Mark until the EMTs took him to the ambulance. She then came home and asked people on social media to pray that he will survive his injuries.

“I don’t know if he’s going to make it so if you pray, please pray for him.”

Last Chelsee heard, Mark was out of surgery and in stable condition.

In chatting with Chelsee, it felt like she was still processing what took place and her role in it.

“This was seriously such an out of body experience. Like it wasn’t real, but I know it was real.”

Luckily for Mark, what Chelsee did for him was very real.