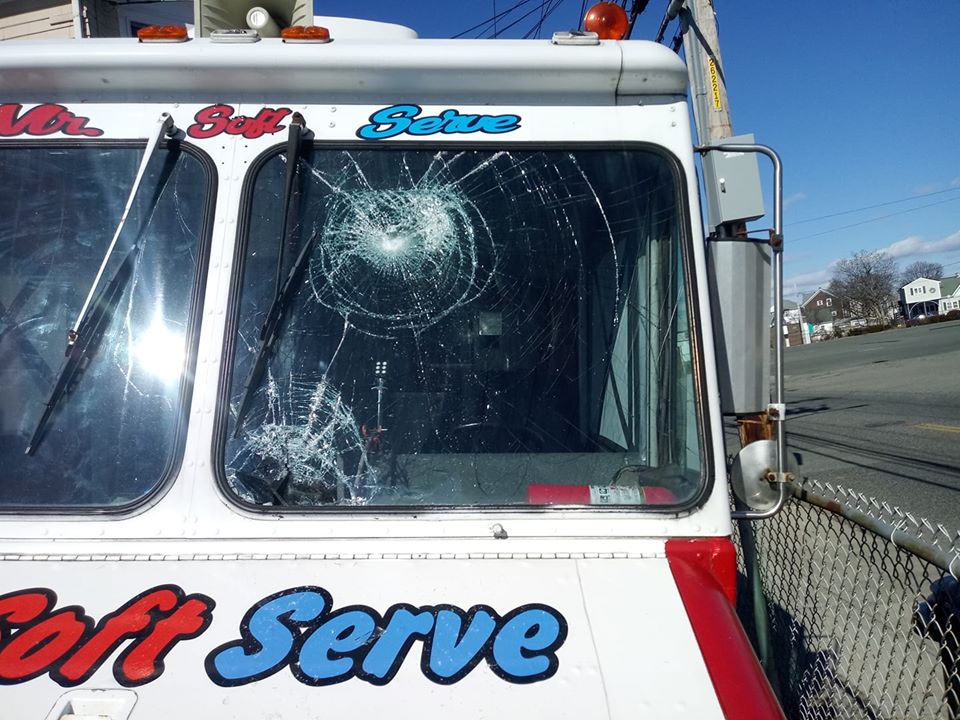 It is thought that everyone loves ice cream, but a local business owner is currently out of luck after her truck was vandalized.

According to Dana FitzMaurice, a person, or people, threw large battery packs through the front of her ice cream truck on Wednesday morning. Now she is left to try to find a windshield for her 1982 Chevy P30 before the season comes around to bring cold and tasty soft serve ice cream to the masses in Fall River. Due to the truck’s age, it can make a windshield replacement difficult and expensive.

FitzMaurice began serving ice cream in her truck in Orlando, Florida before driving around Rhode Island, and eventually Fall River. She says her move to Fall River was the best decision she could have made.

“It was the best move I made! We are the one and only soft serve ice cream truck in Fall River and I love this community just as much as it loves me and my truck! This is why I am so heartbroken over the severe vandalism to my truck’s windshield!”

FitzMaurice stated that not only does the smashed windshield stop her from making extra income, but it also keeps her from being able to give ice cream to those less fortunate.

“Not only do I sell ice cream to my community, but I also love to donate ice cream to those who can’t afford it. Every child should never be denied the special experience of waving down an ice cream truck and walking away happy and giddy with a face full of ice cream!”

If you have any information on the incident, contact Fall River Police.