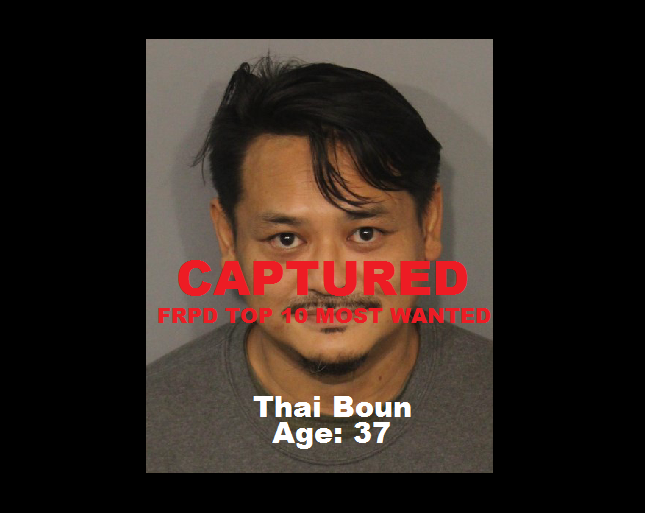 On Wednesday February 7 at approximately 6:30 p.m., Officers from the FRPD Uniform Patrol Division received an anonymous tip in regard to the whereabouts of Thai Boun. Boun was considered armed and dangerous. Boun had been a fugitive almost one year to the day before being apprehended. Boun was the suspect from a shooting incident that occurred near the area of Slade Street and Foote Streets back in February of 2017. FRPD would like to thank the citizens of this community for their help in providing critical information that lead to the apprehension of this fugitive.