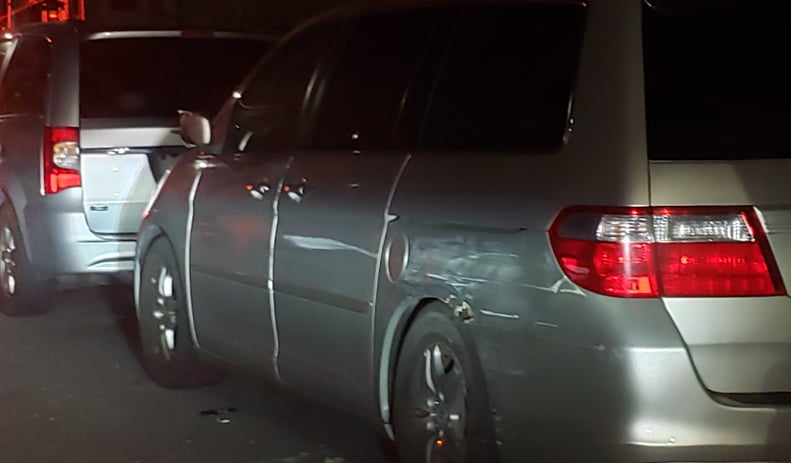 A man was arrested by Fall River Police on Saturday after hitting and damaging several cars.

According to Captain Barden Castro, at approximately 8:06 p.m., Uniform Division officers responded to Flint and Pleasant Streets in regard to reports of a pick-up truck driving erratically.

As a result of a preliminary investigation by Officer Walter Siberon, the male operator of the pick-up was placed under arrest.

The alleged inebriated driver struck at least 6 vehicles prior to police arriving on scene.

When Fall River Reporter arrived at the location, body damage could be seen on multiple vehicles in addition to severe damage to side mirrors.

The driver thus far is facing charges of Operating Under the Influence, Negligent Operation, and Leaving the Scene of an Accident.