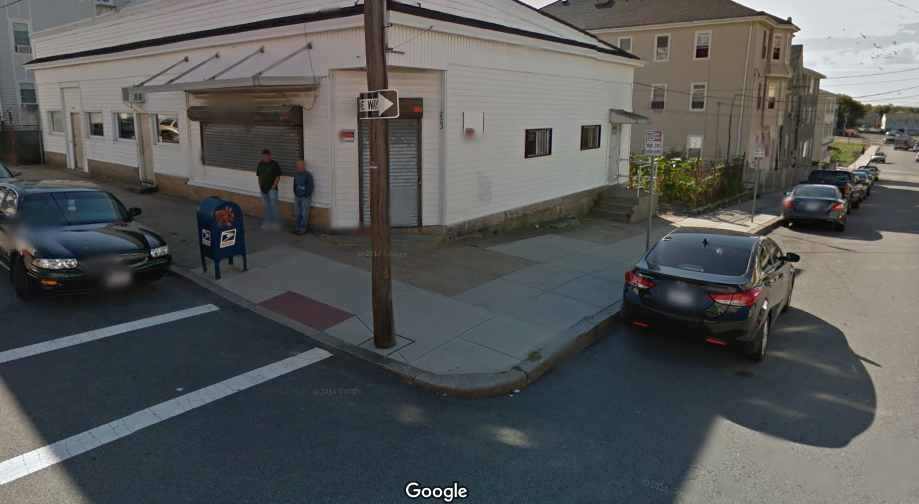 According to Gregg Miliote of the Bristol County District Attorney’s Office, Jyi Brown-Garnham pleaded guilty in Fall River Superior Court to indictments charging him with two counts of armed robbery and one count each of carrying an unlawful dangerous weapon, wanton destruction of property and providing a false identity to police.

On Friday, January 11, 2019, at approximately 9:36 p.m., a male victim driving to his girlfriend’s home, parked his car outside of 183 Fountain St. As the victim exited his vehicle, the defendant immediately pointed a black handgun at his throat and took his cell phone. The victim placed his hands in the air and the suspect began digging through his front pockets. The suspect stated “Don’t play no funny shit, I’ll pop you right now” and told the victim to turn around and put his hands on the vehicle. The suspect continued to rummage through the victim’s pockets, stealing his iPhone, keys, wallet, credit cards, MA license, and construction blueprints, for a total value of approximately $1,755. The suspect put the victim’s property in his own pockets and fled the scene.

Then, on Tuesday, January 15, 2019, at approximately 3:49 p.m., a female victim was working alone as the store clerk at Finders Keepers located at 427 Second St. At that time, the defendant entered the store dressed in dark clothing. The defendant began looking at female shoes and asked the victim if she had any red heels. The defendant then approached the victim while engaging her in conversation and suddenly grabbed her by her shirt, close to the neck. When the victim looked up, the suspect was holding what appeared to be a handgun in her face and yelled “give me the money.” The suspect began to walk around the counter toward her, demanding her to “get the money.” The victim handed the suspect $150 from the cash register. The suspect also took her rose gold Apple iPhone cell phone with a white/pink case. The robbery was captured on store surveillance video.

While speaking with the victim at the store, police received a phone call from a vice officer that there was a break in progress approximately one block southeast of their location. Police went to that location and an elderly woman met them out front, stating a male just kicked in the back entry door. Police then entered via the rear door and observed the defendant standing in the doorway on the back porch. During a pat-frisk, police found on the defendant’s person a pair of brass knuckles, a spring assisted knife and cash. The defendant was evasive with the police and identified himself as Joseph Brown. The defendant stated he smokes crack with a friend at this address, but she wasn’t answering the front door so he began to kick it. On the second floor staircase, police located a jacket similar to the one worn by the robber. Police believed the defendant was the robber depicted in the surveillance video. Police did a Show Up ID with the victim. Upon seeing the defendant, the victims immediately identified him.

The victim’s criminal record is replete with arrests and convictions for armed robberies, assaults and larcenies.

The case was prosecuted by Assistant District Attorney Carolyn Morrissette and the state prison term was imposed by Judge William Sullivan. The judge also placed the defendant on supervised probation for an additional two years.

“This defendant has a significant criminal record including a prior armed robbery conviction. In these cases, he was robbing innocent civilians at gunpoint. The only way to describe this is terrifying,” District Attorney Quinn said. “He clearly presents a danger to the community and needed to be locked up to protect the public. It is important to note that he was held without bail at our request as a danger since the day of his arrest.”