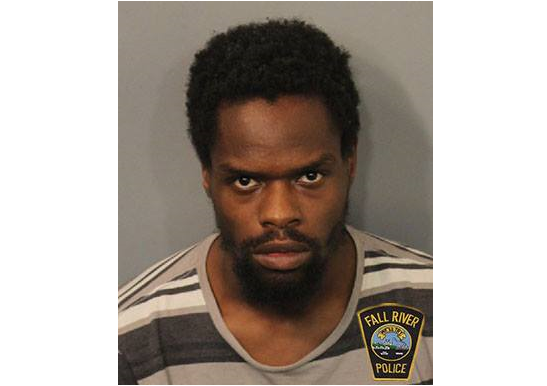 A 24-year-old Fall River man who was involved in a mid-day shooting incident near the Morton Middle School in Fall River was sentenced to serve three-and-half to four-and-a-half years in state prison after pleading guilty this week to a litany of firearm-related crimes, Bristol County District Attorney Thomas M. Quinn III announced.

According to Gregg Miliote of the Bristol County District Attorney’s Office, Gianni Carter-Joyner pleaded guilty on Monday in Fall River Superior Court to indictments charging him with four counts of attempted assault and battery by discharge of a firearm, and one count each of possessing a large capacity feeding device and unlawful possession of ammunition.

On August 18, 2017, the defendant acted as a look-out/signaler for an incident on Weetamoe Street where an unidentified shooter fired several rounds at two occupied cars. The cars’ occupants had been at the Morton Middle School parking lot. As the cars pulled out of the lot, shots were fired. No one was struck but a home suffered damage. Occupants in the cars were uncooperative and would not identify the defendant. A neighbor saw the defendant, whom he recognized,, and said he gave a thumbs-up to the shooter prior to him shooting at the cars.

Then, on August 29, 2017, Fall River Police officers performed a motor vehicle stop of the defendant for speeding, and no inspection sticker. While verifying that the defendant’s license was suspended, officers saw the defendant reaching over to his right hand side, and then putting up his hoodie. During an inventory search of the vehicle, a large capacity magazine (15 round capacity) loaded with 10 rounds of live ammunition was located in a backpack on the passenger side backseat floor.

The case was prosecuted by Assistant District Attorney Michael Cahillane and the prison sentence was imposed by Judge Renee Dupuis.

“The defendant assisted the shooter in a brazen daytime shooting that could have had grave consequences. He was later stopped while in possession of a loaded magazine,” District Attorney Quinn said. “With a prior firearms conviction, he clearly is a danger to the community and needs to be locked up. Fortunately, he was held without bail as a danger to the public before his guilty plea.​”