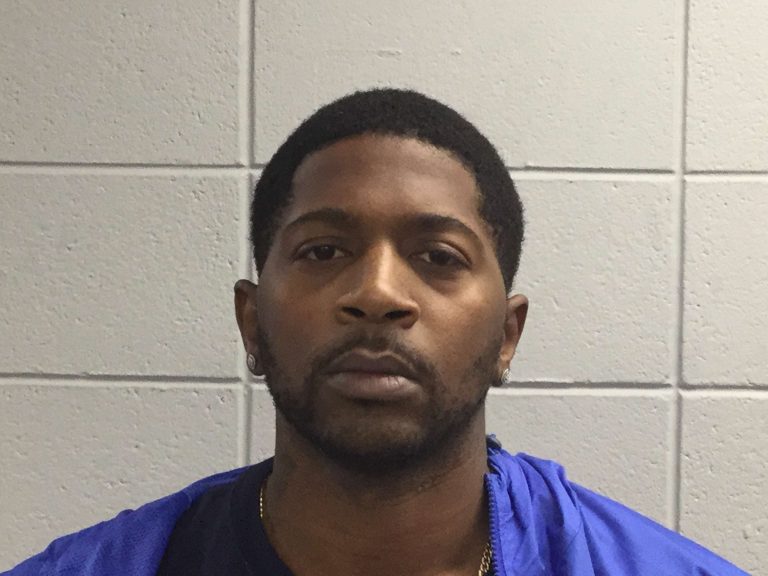 On Sunday, November 3, at 10:08 a.m. Wareham Officer Calib Larue was on Cranberry Highway by the 195 overpass when he observed a white Nissan fail to stop at a red light. This caused vehicles on Cranberry Highway to stop abruptly, including the police car. The Nissan pulled onto Tobey Road where Officer Larue intended to conduct a motor vehicle stop for the infraction.

After Officer Larue activated his blue lights the Nissan pulled away, quickly turning into the Walmart parking lot. The Nissan then rammed a vehicle driving in the lot, before entering Tobey Road striking another passing vehicle. The Nissan then turned onto Cranberry Highway where he sped up and went through more red lights striking a third vehicle. The Nissan continued south on Cranberry Highway going by the police station at a high rate of speed. After going by the station the Nissan headed toward the center of Wareham taking a right onto Gibbs Avenue. Officer Larue and Sergeant Steve Soqui lost sight of the vehicle and began to check the area for the vehicle. Within a few minutes bystanders were pointing to Browne’s Liquors where the Nissan was located in ditch to the rear of the store, unoccupied.

Officer Larue began to follow a path behind the store, with Marion and Rochester Police along with the Plymouth County Sheriff’s Department being requested for assistance in setting up a perimeter. Wareham Department of Natural Resources officers responded and observed the male along the shoreline of the Blackmere reservoir trying to conceal himself. The officers ordered the man to show his hands and he yelled “I ain’t going back to jail”, jumped in the water and started to swim toward Hathaway Street.

Wareham Police officers, along with the out of town officers, and members of the Massachusetts Environmental Police, set up a perimeter on Hathaway Street, Dinah’s Way, and Whispering Pines Drive area. Wareham DNR officers Garry Buckminster, Michael McGuire, and Joshua Kimball assisted with the extensive search now in progress.

At 10:51 a.m. it was now determined that the suspect had returned to the area of the Wareham Plaza after officers viewed a security video. The search now focused on the suspect being in the plaza.

Officers entered Shaw’s Supermarket and found that a person matching the description of the suspect had just stolen a T-shirt and put it on before fleeing the store. Marion Police officer Chris Smith went into the Rite-Aid and a witness said a man had just changed clothes and walked out of the store. Officer Larue spotted and approached the suspect who fled into Shaw’s but was cut off by multiple police officers and handcuffed at 11:45 a.m. The suspect was belligerent and initially refused to be placed in the police cruiser.

1. Assault and battery with a deadly weapon, 3 counts.
2. Leaving the scene of a property damage accident.
3. Reckless operation of a motor vehicle.
4. Shoplifting.
5. Resisting arrest
6. Disorderly conduct.
7. Disturbing the peace.
8. Failure to stop for police.
9. Failure to stop for a light.
10. Marked lanes violation.
11. Fail to use turn signal.
12. Failure to wear seat belt.
13. Speeding.
14. Operating with a suspended driver’s license, subsequent offense.

He was transported to Wareham Police headquarters, booked by Officer Jennifer Braley, and then transported to the Plymouth County House of Correction, held on $5,000 bail.

Acting Chief Walcek said, “We had a situation where a suspect was desperate to get away from the police, however because of the tenacity of the officers involved, he was apprehended without any injuries.” He added, “Our police department is very appreciative of our mutual-aid partners, who stayed and assisted throughout the incident. In addition citizens’ tips contributed to this positive outcome.”