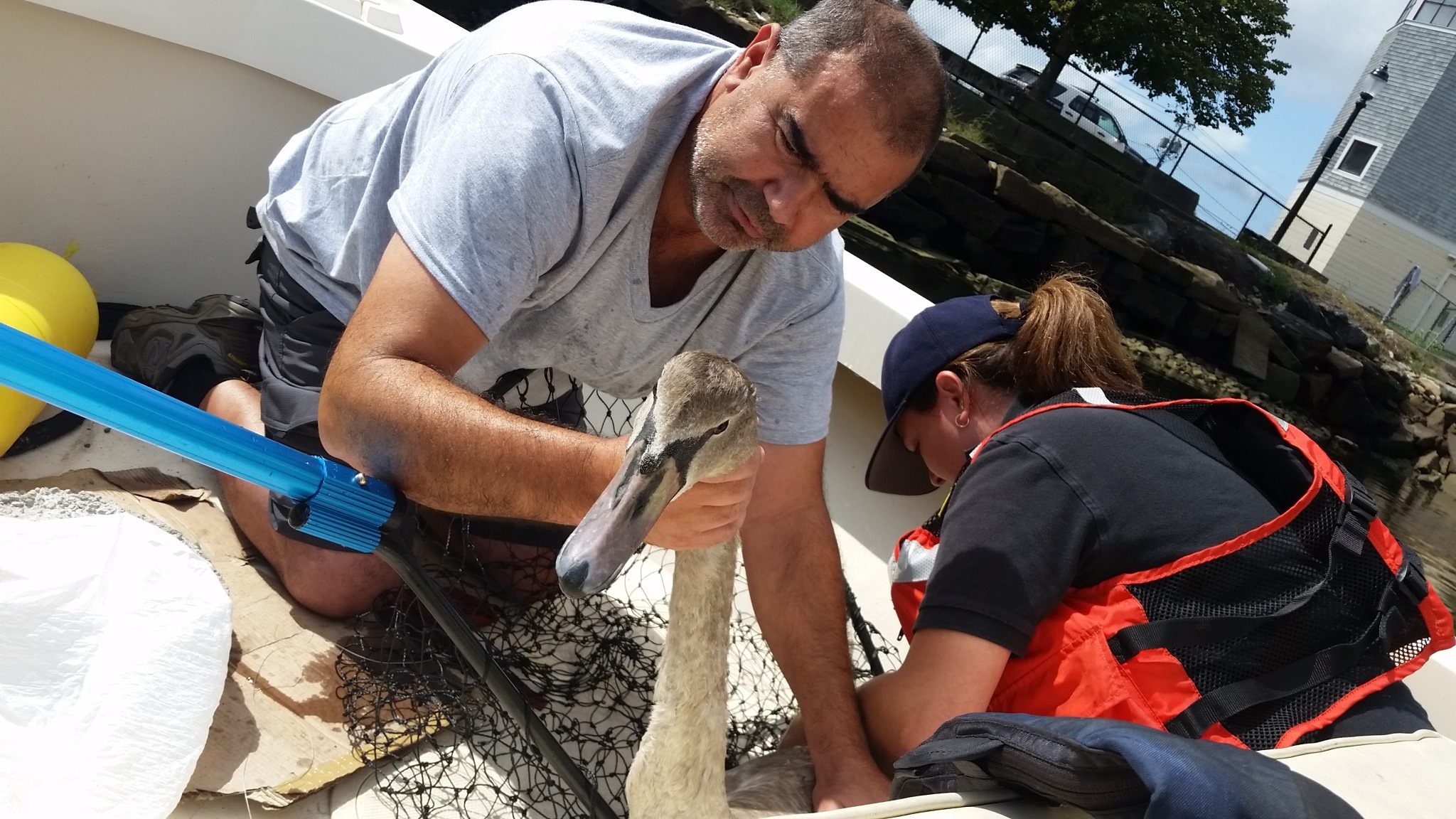 The Harbormaster Department was asked to assist Fall River Animal Control Sunday to help a young swan and discovered more than what they initially thought.

According to Harbormaster Bob Smith, it was believed that the swan was just entangled in fishing line.

Animal Control Officer Corinne Bowman and Harbormaster Paul Borges set out to to see what they could do for the animal.

After chasing it around Battleship Cove, Bowman and Borges were able to get the swan on board the Harbormaster boat.

It turned out that it was more than tangled fishing line disrupting the swan.

Smith stated that a barbed treble hook from the fishing lure had gone fully through the swan’s webbed foot. Corrinne and Paul patiently removed each barbed hook while holding the swan steady. The swan didn’t seem to mind to much as the two were carefully snipping away at each hook. More scary for the pair was the mama swan that kept charging toward the boat trying to get to her baby, according to Smith.

“A huge thank you to Corrinne from Fall River Animal Control and Harbormaster Paul Borges for the compassion they have for wild animals.”