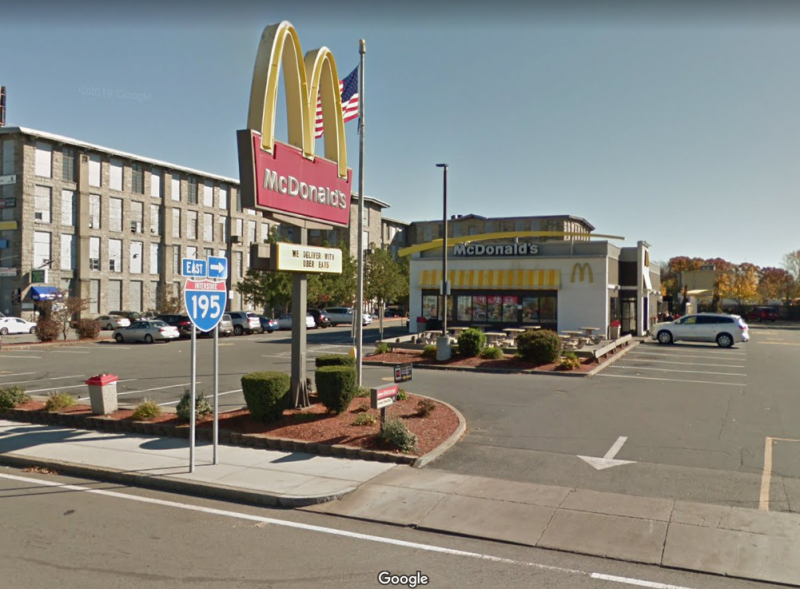 Aaron Ferreira, 32, was convicted of assault and battery on a family or household member on January 21. He was sentenced on February 7 by Judge Renee Dupuis to two-and-a-half years in the Bristol County House of Corrections, with one year to serve, and the balance of the sentence suspended for three years.

During the early morning hours of January 27, 2018, Fall River Police received a report of an incident occurring in the drive-thru line of McDonalds at 300 Plymouth Ave. When officers arrived, the victim had already left the area. Officers located her on Hamlet Street, visibly upset and disheveled. The victim informed officers that she had been driving her vehicle in the McDonald’s drive-thru line, with her boyfriend, Aaron Ferreira, in the passenger seat. At some point during that trip, Ferreira became angry and punched her several times in the face and body. Ferreira then exited the vehicle and fled the area on foot, according to the DA’s Office.

Officers noted swelling around the victim’s eye and called for her to be evaluated by rescue. The victim was transported to St. Anne’s Hospital for follow up in the company of the reporting officers. While awaiting assistance at the hospital, Ferreira called the victim multiple times, calling her a “snitch” and a “bitch” among other things. This name calling was so loud that the officer could hear it clearly while sitting in the room with the victim.

The DA’s Office noted that the defendant is a habitual offender, who has served committed time in the past for domestic violence incidents. The defendant also has six prior restraining orders with five different women.

The case was prosecuted by Assistant District Attorney Zachary Mercer.

“I am very pleased the jury held the defendant accountable for this assault outside of a McDonald’s. The defendant has a history of assaultive behavior against women and needed to be taken off the street,” District Attorney Quinn said.