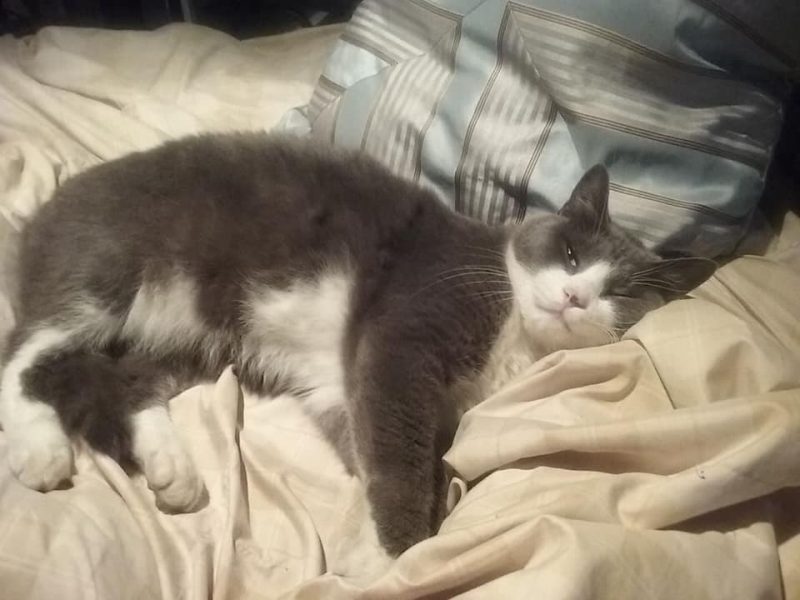 A Fall River woman is looking for justice after she had to put her cat down.

Shelly Borges’ cat Wolf was shot up by BB pellets. So much so that the pellets caused the cat to fall and become paralyzed. X-rays showed the cat riddled with the pellets, according to Borges.

“I had to say goodbye to my baby boy Wolf today. I loved him so very much. He was so loving to everyone that met him. Wolf was absolutely an amazing cat I don’t understand how someone could do that.”

Borges stated that in addition to being paralyzed, Wolf couldn’t go to the bathroom and his urinary tract became obstructed.

“I’m so heartbroken and angry and devastated.”

Borges stated that she filed a police report, but due to nobody coming forward that saw the incident, there isn’t much that currently can be done.

“I don’t know if this will help much but if you live near Laurel Street, BEWARE PLEASE. Please beware because there is a serial killer in training out there, shooting and killing animals. My yard is riddled with BB pellets.”

Borges believes she has an idea of who is behind the shooting.

“My pool is damaged. My shed. My pool cover. The siding of my house. My German Shepherd that is about 3 years old has BB pellets in him. About seven times he has been shot.”

In January, Melanie Ganyon had x-rays performed on her cat and it was determined that the pet had 15 metal BB pellets in his body.

If you have any information about what happened to Wolf, contact Fall River Police.