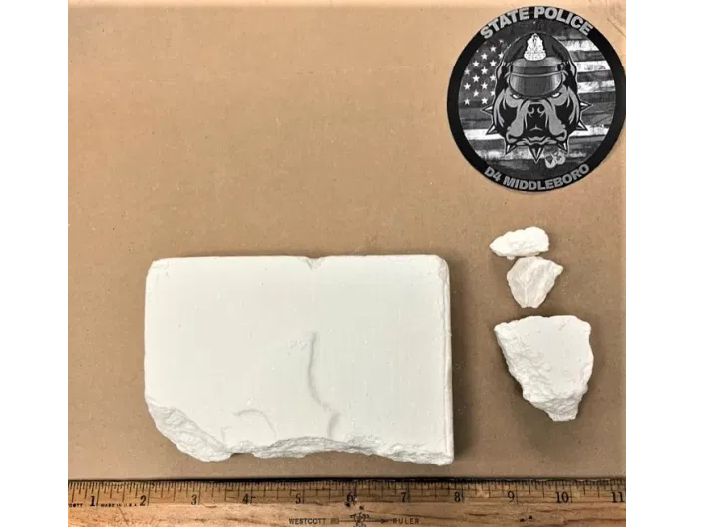 A driver allegedly not staying in the proper lane has led to the arrest of four individuals on multiple charges.

According to Massachusetts State Police, at approximately 9:30 p.m. on Sunday Trooper Tiffany DaRosa, assigned to State Police-Middleboro, was on patrol traveling on Route 24 northbound in Brockton. At that time she observed a Chrysler Pacifica that was being operated erratically, unable to maintain any single lane. Trooper DaRosa activated her cruiser’s emergency lights and initiated a traffic stop.

Once the vehicle came to a full stop, Trooper DaRosa approached the passenger side and identified the operator as Johanny Roman, 39, of Lawrence. After informing Roman why she was stopped, Trooper DaRosa observed three other occupants in the vehicle, none of whom were wearing seatbelts. They were identified as Jorge Torres, 45, of Haverhill, Jesus Medina-Oquendo, 29, of Lawrence, and Emmanuel Falcon-Alicea, 35, of Lawrence. After gathering the identification for all occupants, Trooper DaRosa returned to her cruiser to conduct electronic inquiries of the information. The results of the inquiries revealed Medina-Oquendo had an active warrant for his arrest. Trooper DaRosa placed him under arrest and continued her investigation on scene, at which point additional cruisers arrived on scene to assist.

Troopers on scene determined there was probable cause to search the vehicle then removed the remaining three occupants. After beginning the search Troopers quickly located a large amount of a substance suspected to be cocaine. The substance was formed in a brick like shape with the imprint of “Batman” on the top and weighed over 500 grams. It was also learned on scene that Medina-Oquendo had an active warrant for his arrest as well.

The remaining three occupants were arrested then escorted to the Middleboro Barracks for booking. A bail commissioner was contacted and set bail at $50,000 for all subjects. They were scheduled for arraignment at Brockton District Court.

Medina-Oquendo, Falcon-Alicea, and Torres were charged with Trafficking in Cocaine and Conspiracy to Violate Drug Law.