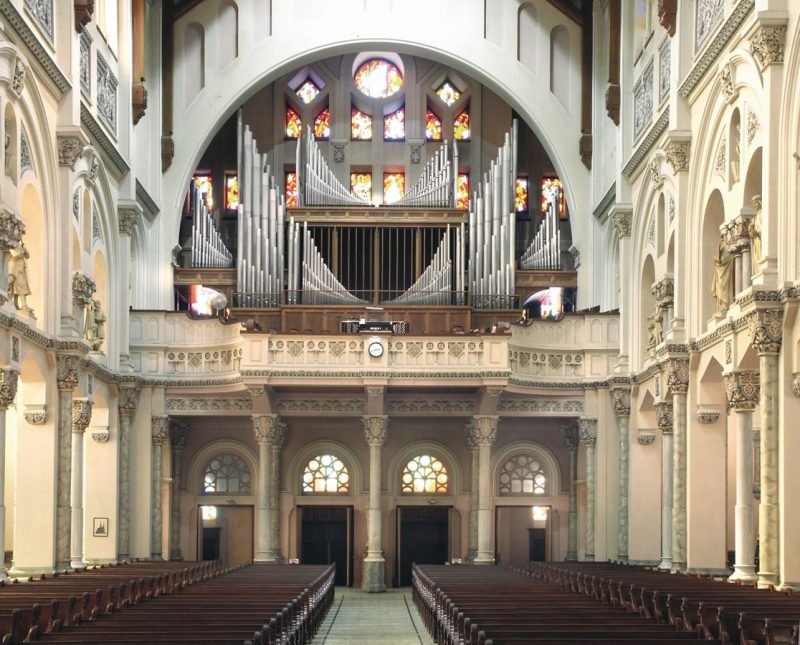 A Fall River native who went to St. Anne’s School is reportedly in the process of preserving and documenting the notes from the St. Anne’s Church organ. Here is his editorial:

The Saint Anne’s Church Organ… This beautiful (Casavant Opus 2793) pipe organ is certainly a well crafted instrument that has always produced memorable music throughout the years. The distinct sounds created by this magnificent instrument has undoubtedly been the soundtrack to countless memories in many people’s lives (including my own). Once I learned of the plans to close Saint Anne’s Church, I set a personal goal of preserving the sounds of this organ. I explained to the Diocese of Fall River what I wanted to do and was granted the necessary permission to get to work. Each and every single one of the notes on the organ (4,512 Pipes) have been recorded using several high quality microphones and state of the art recording hardware. The meticulous placement of the microphones were crucial as I felt it was not only important to record the unique sound of this organ but to also capture the natural acoustics of the spacious and beautiful building. All samples were recorded at 48kHz and a bit depth of 32. Each and every key on all stops were recorded individually in order to successfully record all unique sound samples. Every possible sound from this organ was recorded and saved. Once the recording process was completed, the tedious task of cutting and cleaning all of the samples began. This process took many, many days and nights to complete. This involved cutting all of the samples into individual files, renaming the samples to the correct key and categorizing each group under the proper stop. All of the samples were “cleaned” by removing unnecessary noise and hum. All of the samples were also tuned so they could all be played in perfect pitch with other instruments (more on this later). Throughout the process of recording, there were notes that were nonfunctional (either the pipe was broken, or there was insufficient air flow within the organ to produce any sound from that particular pipe). I will refer to the nonfunctional notes as “Dead Notes”. These “Dead Notes” created a gap of silence in an otherwise perfect musical scale. These lost notes were digitally recreated from the algorithm of the note before it or after it in the scale, depending on the circumstances. This process of recreating “Dead Notes” allowed me to complete the musical scale with no gaps and a seamless playback. Any song from the past or future will now play completely with all notes because this correction is in place. This means that the sounds from the Saint Anne’s Church Organ can virtually play any song forever in a perfectly tuned and functional state! Other sound libraries can now be used in conjunction with the Saint Anne’s Church Organ. These other sound libraries will include orchestral, choir, percussion, etc. Now, my goal is to create an album that will contain classical works of music played by the samples I have of this beautiful organ. In other words, I will have the Saint Anne’s Church Organ play timeless classics with a full blown orchestra. Much more than what can be explained here has brought this project to where it is now. I’m passionate about this and have already made the commitment in both time and money. This project is nearly complete but now requires your help to be completed and distributed. I am trying to raise $1,600 for the tools needed to put the finishing touches into the music production, artwork, album duplication and distribution. Thank you for your consideration. For questions or donations, go to my Facebook page here.