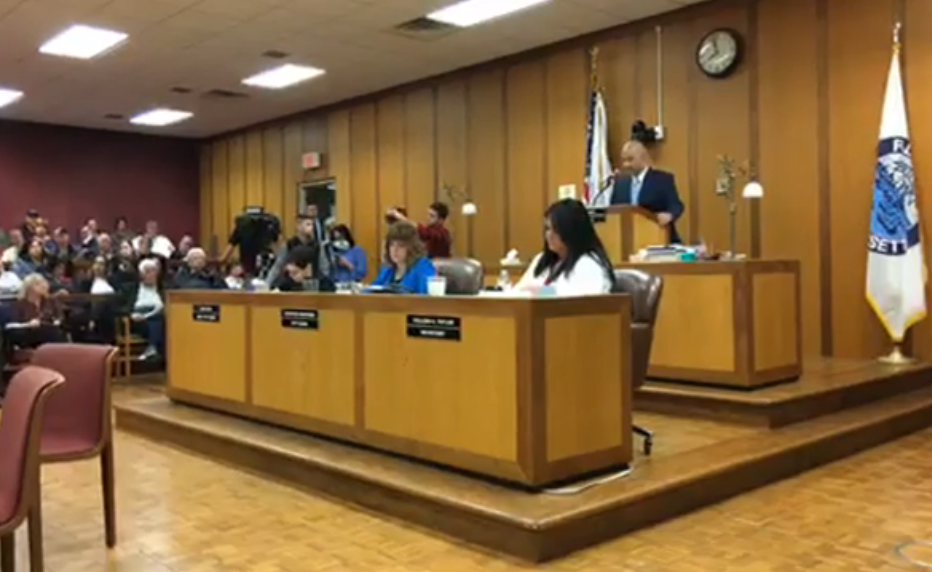 Due to an objection by Fall River City Councilor Steve Camara, the City Council adjourned until next Tuesday in front of a packed house without voting on a no confidence vote of Mayor Jasiel Correia.

In a meeting with much discussion and debate, Steve Camara made his no vote clear and thought that the Council should consider the lengthy and expensive legal battle that would arise from removing the mayor from office temporarily. City attorney Joseph Macy reiterated those sentiments and the sentiments of attorney Mark A. Berthiaume who is representing Mayor Correia. Many of the councilors, however, thought the Mayor should step down until at least his legal troubles are behind him.

In a letter addressed to City Council President Cliff Ponte Jr, the firm representing Mayor Jasiel Correia II threatened legal action if the City Council attempts to remove him from office using the Section 3-8 provision in the City Charter.

Mayor Jasiel Correia reiterated his innocence today and due to support from his family and supporters, does not plan on stepping down.

To read more about the Mayor’s statement this morning, go here