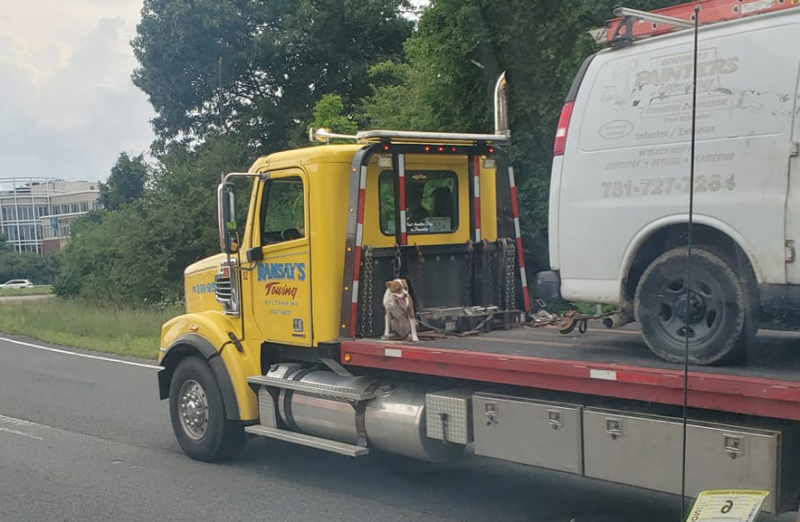 Troop A of the Massachusetts State Police continues to investigate circumstances surrounding a dog being transported on the open flatbed of a Ramsay’s tow truck on Route 95 yesterday.

Law enforcement officers from the Animal Rescue League of Boston are also conducting their own investigation.

The dual investigations aim to determine who was responsible for the dog being carried on the open flatbed, the owner and condition of the animal, and whether law enforcement action is warranted against anyone responsible.

Ramsay’s Towing issued the following statement on the incident:

“We have just been made aware of the photo that is circulating on Facebook. We do not support the driver’s actions and he was terminated immediately.”

Michael Gerry, who took the photo, states that the driver still needs to be locked up despite the termination.