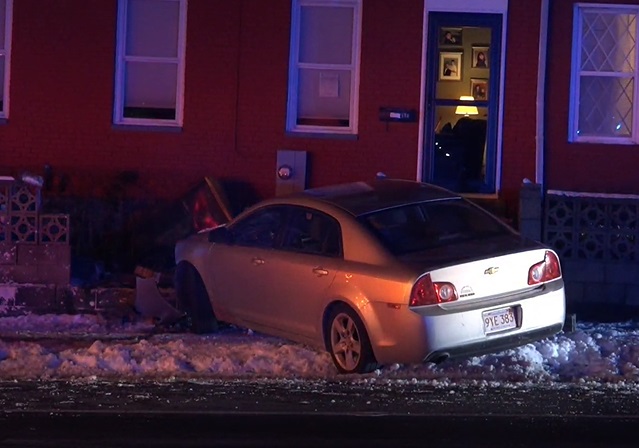 A driver has been cited after crashing through a brick wall in Fall River.

According to Lt. Gregory Wiley, on Saturday at approximately 11:16 p.m., FRPD Officers responded to 112 Broadway near Columbia Street for a motor vehicle accident.

Upon arrival, officers spoke to the male operator who indicated he was travelling south on Broadway when he slid on a patch of ice, causing his vehicle to strike the curbing. The vehicle then skidded across the street and crashed into a brick wall in front of 112 Broadway.

Wiley stated that there were no reported injuries.

The male driver was issued a motor vehicle citation.