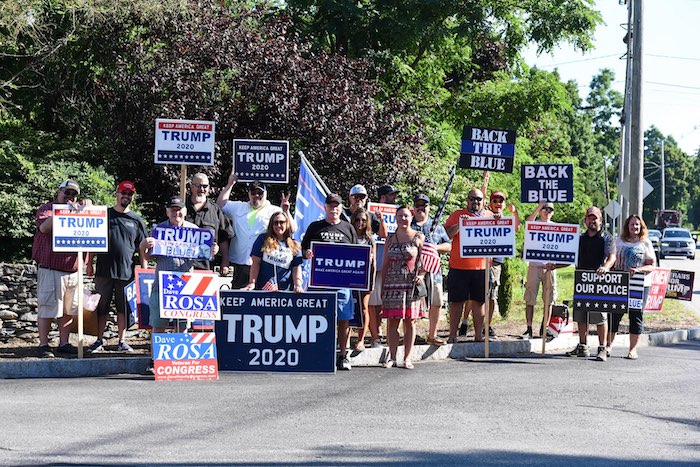 The following was submitted by Jessica Machado:

The local groups and supporters gathered in front of the Dighton Police station from 8 to 10 AM holding signs and waving flags supporting the President as well as signs that encourage passersby to support local police officers. Joining the group was Bristol County Sheriff Thomas Hodgson, who shook hands with supporters and waved to cars going by. Local celebrity Charlie Chace also joined the group to show support. Chace recently made national headlines for being attacked and pushed to the ground while wearing a Make America Great Again hat while holding a Trump sign in Fall River. 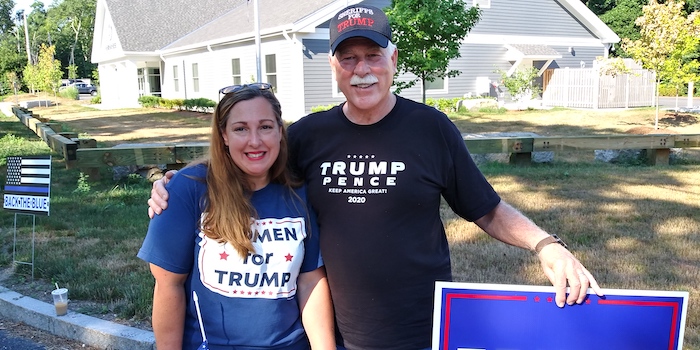 This was the first event for the newly reorganized Somerset Republican Town Committee, which has been dormant since the 2016 election. Member Jessica Machado said the committee is ready to support President Trump and other local Republican candidates running for office. “Strong town committees are so important to help grow support for our candidates and causes. We look forward to more events in the future and thank our Dighton Committee members for organizing this successful event.”