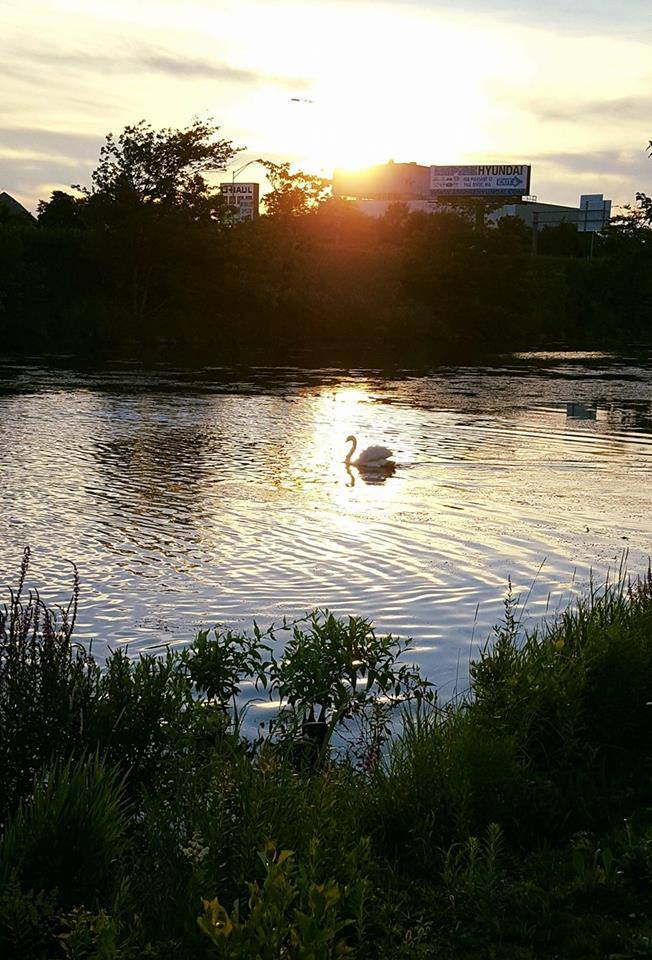 According to the organization Bike Fall River, the peace and scenery of the Alfred J. Lima Quequechan River Rail Trail is in danger. There is a plan to not only cross the bike path with a new 2 lane road, but the road will then abut the path and run parallel with it until Brayton Avenue. This plan calls for the moving of the path slightly to the east and create two 90 degree angles which will create a dangerous public safety hazard. According to information discovered by Bike Fall River, a Memorandum of Understanding exists between the city and the developer of the road.  An engineering firm, Sitec, has been seen surveying the area. All details of the proposal are not known at this time and as of this writing, there has been no response from the city.

In response to the threat to the trail, Bike Fall River is holding a meeting on Monday September 18, 2017 at 5:30pm located at Fall River City Hall at the first floor cafeteria.

The public is encouraged to attend.