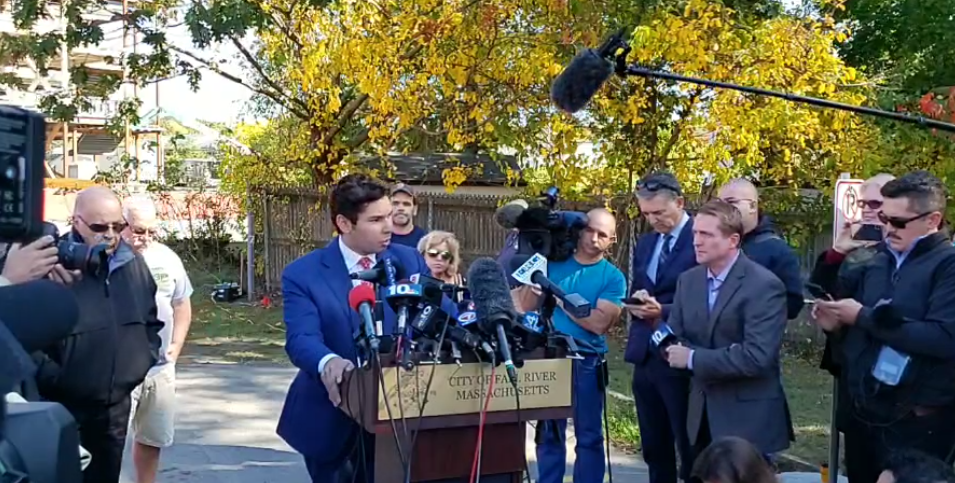 In a noon press conference that was slightly moved from the original location of the new Durfee construction site, Correia highlighted Fall River’s accomplishments in his tenure as the city’s mayor. Correia also thanked his staff and stated that; “This is not goodbye. Far from it.”

The location move may have been due to a letter sent to Mayor Correia from Vice Chairman of the Fall River School Committee Mark Costa: 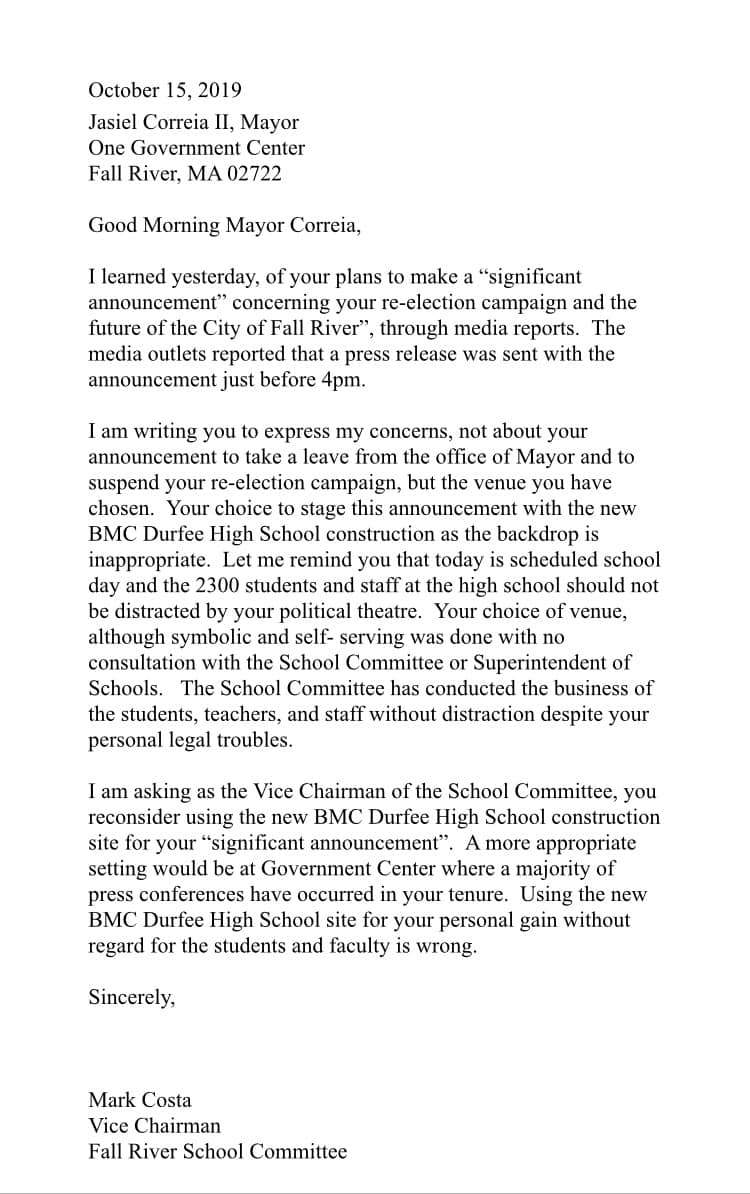