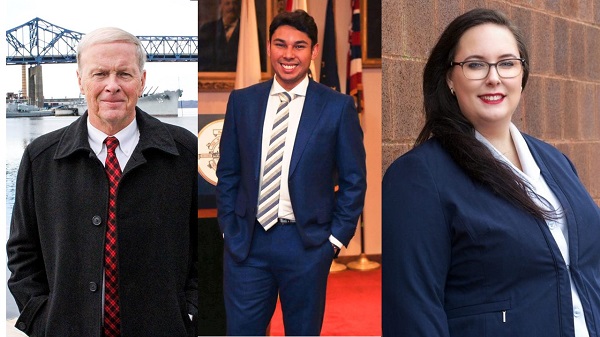 At the time of this writing, Fall River School committee member Paul Coogan leads incumbent mayor Jasiel Correia by 3 points; 49% to 46% or 354 votes to 334. Erica Scott-Pacheco polled at 5% or 34 votes. 722 people took the poll in the Fall River group on Facebook. 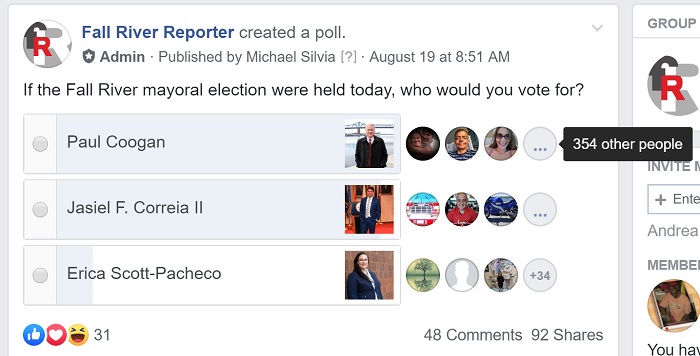 The results are not surprising. On March 12, 2019, Fall River held a special recall election where 7,829 voters, or 61% of the voting population, voted to recall mayor Correia. Correia went on to defeat the four other candidates on the second part of the ballot. Mayor Correia narrowly beat Paul Coogan 4,808 to 4567, but that was with five total candidates in a winner take all. In this year’s September 17 preliminary election, there are three candidates and the top two vote-getters move on to a final municipal election on November 5th. Based on the special election results and this poll, Paul Coogan is the favorite to finish first in September and win the November election.

August 28 is the last day to register to vote in the September 17 preliminary election.

Full disclosure: Mayor Jasiel Correia and School Committee member Paul Coogan have purchased banner ads on FallRiverReporter.com for this election cycle. Banner ads have been made available to all candidates for mayor.