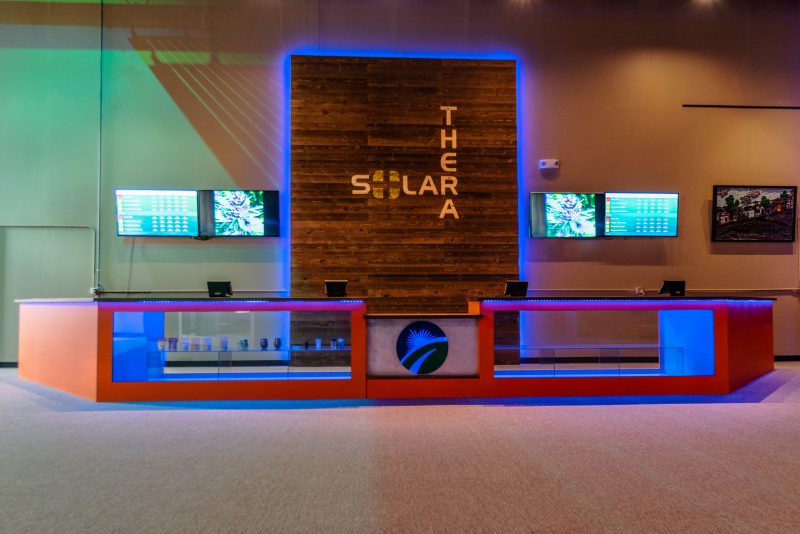 Some residents have been taking an issue with the traffic and backups at the only Fall River area recreational marijuana retailer located near the city’s southern border.

Competition is about to arrive.

Solar Thera is having their soft opening Monday, September 2nd from 8:00 a.m. to 9:00 p.m. for recreational marijuana with medical marijuana arriving in the future once cultivation is fully up and running.

According to the company, Solar Thera is fully off of the grid by using solar power and co-gen units with a backup generator. The soon to be retailer is getting rebate checks for energy efficiency.

Solar Thera states that they have an extensive security system consisting of perimeter windows, as well as duress, panic, and holdup alarms connected to local law enforcement. Interior and exterior HD video surveillance of all areas that contain marijuana, entrances, exits, and parking lots will be operational 24/7 and available to local Police Departments. Solar Thera will also have their own security personnel on-site during business hours.

The location is expected to sell equipment for use along with edibles, oils, buds, cannabis flowers, and tinctures. Solar Thera is implementing temporary purchasing limits, in addition to the MA restrictions of up to 1 ounce of marijuana flower or 5 grams of marijuana concentrate per transaction, to ensure supply is meeting demand.

The company, located at 1400 Brayton Point Road in Somerset, will also be doing a ribbon-cutting and a grand opening in mid-September.