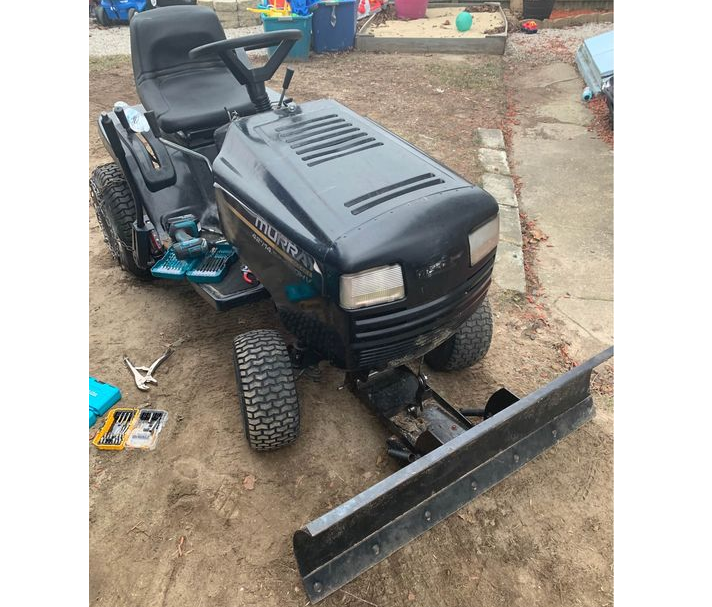 A local resident, who has been helping those less fortunate, received some help himself this past week.

Christopher Leduc of Swansea has been going out in the cold and plowing, for free, driveways and walkways of community members who are unable to do it themselves. Chris, however, recently ran into an issue.

Erich Chapman discovered that Chris’ tractor had broken down leaving him unable to help the community he loves. That is when Erich sprung into action.

Chapman started a GoFundMe to help raise money to buy the equipment that Chris needed. The GoFundMe has currently raised over $2,600. $600 more than Erich was looking for. The additional funds will be donated to the Swansea Animal Shelter.

Admiration poured in on social media for both Chris and Erich.

“I just wanted to thank everyone for their kind and loving words to my son Christopher Leduc . He is helping a lot of people, but those people in return are helping my son out. He has trouble communicating with people and doesn’t leave the house most days. So him helping others is also helping him with talking to different people and getting out of the house. Again, thank you for all the positive feedback you are giving my son.”

Laurie wasn’t the only one happy as Chris was thrilled and also appreciative of the community for their kind words and donations.

Borrowing someone’s equipment, Chris was back out there on Sunday doing what he loves until his new equipment can be purchased this week. He even received a hot chocolate for his efforts.