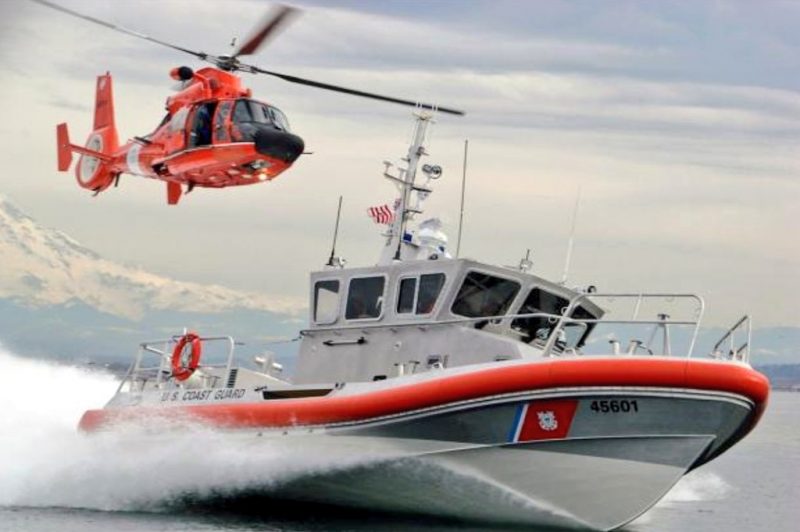 BOSTON — The Coast Guard along with a good Samaritan are searching for two missing fishermen after the fishing boat Mistress capsized Tuesday morning off Block Island, Rhode Island.

At approximately 1:30 a.m. the captain of the Mistress issued a mayday call stating the boat was taking on water near the Block Island Wind Farm.

The fishing boat Captain Bligh was nearby and responded to the scene first. The crew of the Captain Bligh rescued one fisherman and reported that the Mistress had capsized, and two fishermen were missing.

An MH-60 Jayhawk helicopter crew from Air Station Cape Cod arrived on scene and began searching but encountered low visibility and unsafe weather conditions and was forced to return to base.

A 45-foot response boat from Station Point Judith also launched but was forced to turn around due to weather.

The Captain Bligh has remained on scene.

The Mistress is homeported out of Point Judith, Rhode Island.