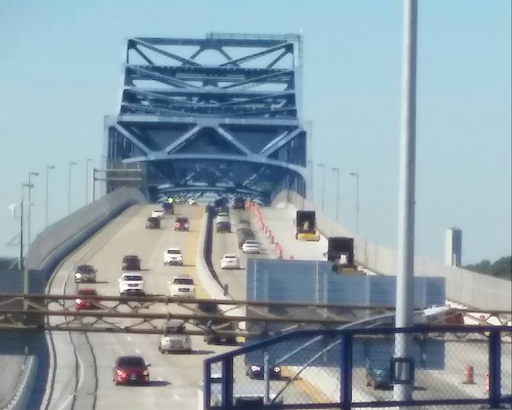 According to a witness who called 911, a man pulled his truck over onto the far right lane of I-195 westbound with his parking lights on. He got out and proceeded to jump onto the roof of his vehicle and was trying to grab the bars of the railing.

According to Lieutenant Jay Huard, when Fall River Police Officer Michael Silvia arrived on the scene, he noticed the man on top of the barrier and navigating his way onto the water side of the suicide barrier.

Silvia could be heard on his radio telling the man not to jump off of the bridge.

Silvia grabbed the man’s belt and held onto him until officers Marc Correia and Frank Reis quickly arrived on scene.

With assistance from Sgt. Brian Cabral, officers were able to pull the man toward the barrier and safely handcuff him to the barrier.

The Fall River Fire Department arrived on scene and cut away an area of the suicide barrier. Officers were then able to pull the man through the barrier and get him to a local hospital.