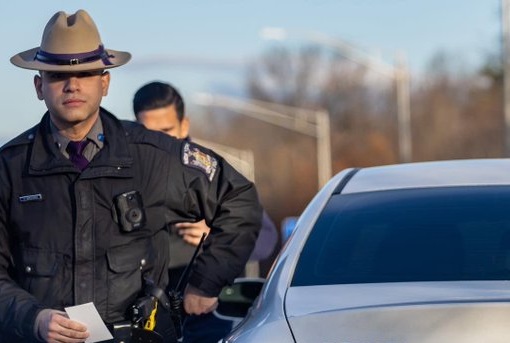 A Bristol County man is facing some serious charges after reportedly admitting to crashing a vehicle while on mushrooms.

According to State Police, on Tuesday at approximately 2:45 a.m., troopers responded to State Route 23A in the town of Hunter, New York for a report of a single vehicle crash. When troopers arrived at the location of the crash, they observed a 2015 black Nissan Pathfinder in a ditch facing north and the back end of the vehicle partially in the roadway. There was no one in the vehicle.

Troopers searched the area and located a male with blood on his clothing and walking with a dog in a parking lot adjacent to State Route 23A. He was identified as 40-year-old Alexander Rakita, from South Easton, Massachusetts. Rakita stated that he was in an automobile crash and that the vehicle that the troopers located was his. While speaking with troopers it was determined that he was impaired by drugs. Rakita was having a difficult time standing while speaking with troopers and stated that had taken mushrooms.

Troopers transported Rakita to Columbia Memorial Health for a medical evaluation. He was evaluated for any injuries and was released after being medically cleared. He was subsequently charged with Driving While Ability Impaired by drugs. While searching Rakita’s vehicle troopers located approximately 70 grams of psilocybin cubensis (mushrooms) in several jars. He was additionally charged with Criminal Possession of a Controlled Substance 2nd degree and Criminal Possession of a Controlled Substance 3rd degree, both felonies.

Rakita’s dog was taken to the Columbia Greene Humane Society.

Rakita was arraigned in the Town of Catskill Court and remanded to Greene County Jail in lieu of bail. He has a return court date of February 15, 2023.