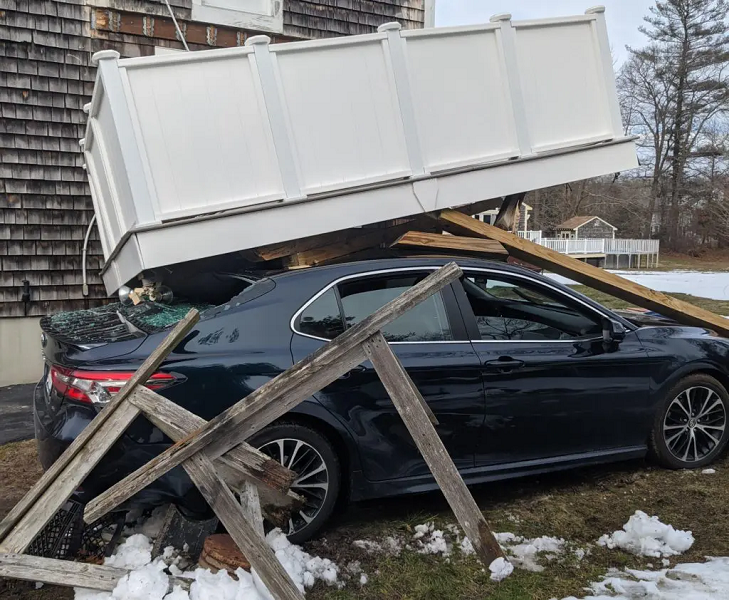 BRIDGEWATER — Police Chief Christopher Delmonte and Acting Fire Chief Michael MacDermott report that the Bridgewater Police and Fire Departments responded to a motor vehicle crash at a home this afternoon.

At approximately 2:45 p.m., Bridgewater Police responded to a 911 call for a report of a vehicle colliding with a home on Enwright Way. The caller, a 61-year-old Bridgewater woman, also the operator of the vehicle, reported that she had struck the side porch of her home. She informed police that a portion of the side porch had collapsed onto the top of her vehicle.

Officers responded to the home along with members of the Bridgewater Fire Department. The woman was assisted out of her vehicle and evaluated by paramedics on scene. She did not report any injuries and was not transported to the hospital.

Members of the Bridgewater Inspectional Services Department inspected the home and deemed that it had not suffered structural damage.

The accident remains under investigation by Officers Ryan Swart and Kelly Chuilli of the Bridgewater Police Department.

No citations have been issued at this time.