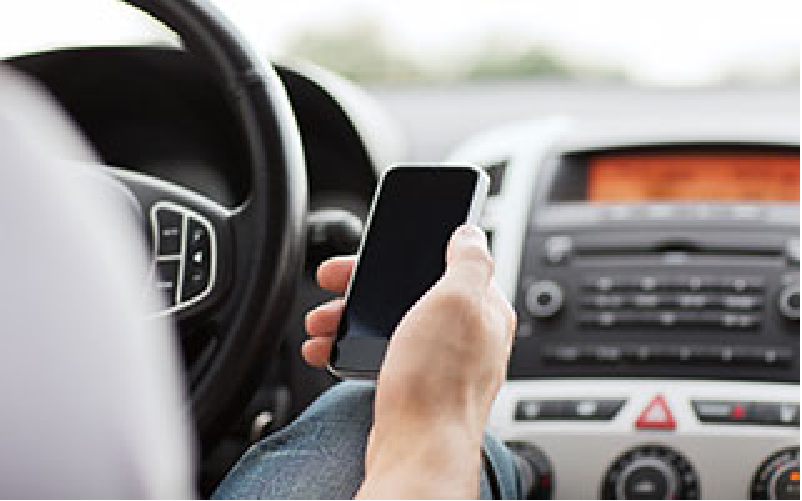 “Ensuring the safety of travelers throughout Massachusetts is very important, and we are proud to have the support of stakeholders like AAA and MADD on this commonsense legislation,” said Governor Baker. “Our roadway safety legislation targets several areas which will have a real impact on improving safety for the traveling public including imposing greater sanctions for operating under the influence and establishing requirements for newly emerging transportation options.”

“Our bill will help reduce distracted driving on the Commonwealth’s roadways and give law enforcement new tools to better protect travelers,” said Lt. Governor Karyn Polito. “We are grateful for the support of AAA and MADD, and look forward to working with the Legislature to pass this bill.”

The proposals to increase road safety being made by the Baker-Polito Administration stem, in part, from discussions with members of the Massachusetts Legislature, strategies outlined in the 2018 Massachusetts Strategic Highway Safety Plan and input from key stakeholders like The Massachusetts Vision Zero Coalition and various law enforcement professionals.

“The Baker-Polito Administration is submitting legislation in order to further the public discourse about steps which can be taken to improve public safety,” said Registrar Deveney. “In particular, the Administration believes that regulations insisting on hands free driving and the expanded use of interlock devices will go far in saving lives and preventing injuries.”

“Specific actions can be taken with new regulations which will save lives on our roadways,” said Highway Administrator Gulliver. “Without question, mandatory speed limits in work zones, truck guards and additional mirrors on certain classifications of trucks will protect members of the public who are at work, driving, walking or cycling.”

“We are extremely gratified to see that Governor Baker is making traffic safety a priority for this administration,” said AAA President and CEO Galvin. “For many years, our mission at AAA Northeast has been to make our roadways safer for motorists, pedestrians, cyclists, and those who work at the roadside.”

“MADD is so thankful for Governor Baker’s proposed legislation,” said MADD Program Director Depamphilis. “Governor Baker understands what it takes to save real lives on the roadways of the Commonwealth and we appreciate that. Ignition interlocks for first time offenders could save many family’s lives, since we know up to 75% of offenders drive on a suspended license. I look forward to working with our partners to help get the Governor’s Road Safety bill passed and increase traffic safety in Massachusetts.”

An Act Relative to Improving Safety on the Roads of the Commonwealth includes proposals on the following topics:

• Hands-free: Requires electronic devices to be used in “hands-free” mode and would not allow anyone operating a motor vehicle to touch or hold a mobile electronic device, “except to perform a single tap or swipe to activate, deactivate, or initiate hands-free mode.” The bill would permit talking, texting and other tasks to be completed by voice commands and would allow law enforcement officers to better enforce distraction laws.

• Primary seatbelt: Law enforcement would be permitted to stop motorists for not wearing seatbelts.

• Side guards and additional mirrors: The proposal would require all Commonwealth-owned and operated vehicles over 10,000 pounds to have side guards, convex mirrors, and cross-over mirrors after January 1, 2020. This law would require all Commonwealth and municipal contractors to have these devices by January 1, 2022. Certain vehicle classifications would be exempt and the law grants the authority to the Registrar of Motor Vehicles to grant additional exemptions, in keeping with U.S. DOT standards.

• New technology: Electric scooters and other low speed mobility devices, such as electric bicycles, currently lack a specific vehicle classification. The proposal treats these new technology items the same as bicycles according to existing Mass General Law. For example, these operators, like bicyclists would need to wear a helmet if under the age of 16, would be required to yield to people walking and provide an audible signal when passing, and could not block vehicular or pedestrian traffic when parked. In addition, the law would require MassDOT to establish a micro-mobility advisory working group to propose future changes for safe adoption of emerging and undefined low speed mobility devices.

Between 2012 and 2016, 15,662 people were seriously injured and 1,820 people lost their lives on the roadways of the Commonwealth. In addition, 14 road workers were killed between 2009 and 2016. To protect those working, the legislation would allow the Massachusetts Department of Transportation (MassDOT) to set up temporary mandatory speed limits in construction zones. To protect people walking, bicycling and using motorcycles on Massachusetts roadways, the legislation would require state-owned heavy trucks and state and municipally-contracted vehicles to be equipped with convex and cross-over mirrors and require the installation of side guards between the front and rear wheels of these vehicles to protect people from being caught under a truck and run over by its rear wheels. The bill expands efforts to limit distracted driving by having Massachusetts join sixteen other states, including all of our neighboring New England states, in requiring hands-free use of electronic devices while driving. Law enforcement would also be able to stop motorists who are not wearing seatbelts under this legislation.

The proposal corrects inconsistencies in the law for those convicted of Operating under the Influence (OUI) by requiring first-time offenders who apply for hardship licenses to be placed into the ignition interlock program and clarifying the ability of the Registry of Motor Vehicles to penalize those who attempt to drive after consuming alcohol, even with an ignition interlock device.

Emerging micro mobility technologies like electric scooters and increased use of electric bicycles present both opportunities as a compliment to current means of transportation and challenges as an industry without any existing statutory framework. As a first step, the administration proposes treating electric scooters and pedal assist electric bicycles the same way bicycles are treated under state law and establishing a multi-party advisory group to recommend more permanent policies.