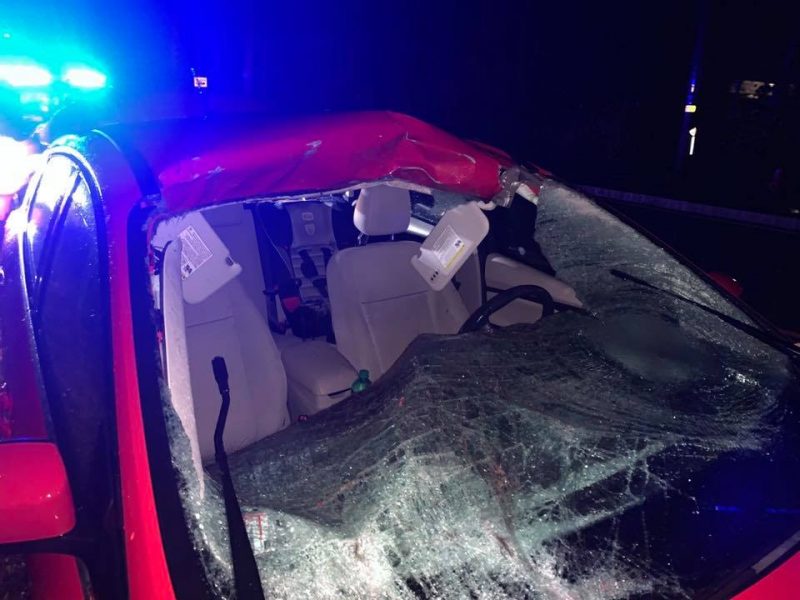 Swerving to miss deer in the road is often a natural reaction. However, according to AAA, it can also be dangerous and put you at a greater risk for a serious crash.

More than 1.5 million deer-vehicle collisions occur each year in the United States, the Insurance Institute for Highway Safety estimates. The result is about $1 billion in vehicle damage and causes almost 200 deaths per year.

The last three months of the year is deer mating season which makes it much more likely that you could cross paths with one while driving. Combine deer mating season with a decrease in daylight hours and it could be disaster if you are not paying attention.

Reduce your chances of colliding with deer by following these AAA tips—and learn what to do if a crash is unavoidable.

Heed speed-limit and deer-crossing signs, and stay especially alert for deer at dawn and dusk, when they’re most active. If you do see one crossing or standing beside the road, slow down—deer can be highly unpredictable, and because they often travel in herds, there are likely others nearby. Don’t bother with gimmicks: Flashing high-beam headlights or honking your horn won’t keep deer off the road.

If you can’t avoid hitting a deer, don’t swerve but do brake firmly. Hold on to the steering wheel and stay in your lane. Then bring your vehicle to a controlled stop.
Handling the aftermath of a collision

Pull off the road and turn on your emergency flashers. Don’t try to remove the deer from the roadway—it may be alive, and its hooves or antlers could injure you. Report the crash to the police and your insurance company.

Keep your eyes moving back and forth. Continuously sweep your eyes across the road in front of you for signs of animals and movement. Animals may also be alongside the road, so make sure to look to the right and left, as well. While the most likely accident is you hitting an animal, on occasion they might also hit you by running into the side of your car.

Be especially attentive in early morning and evening hours. Many animals, especially deer, are most active from 5-8 a.m. and 5-8 p.m. – prime commuting times for many people.

Use high beams when there’s no oncoming traffic. You can spot animals sooner. Sometimes the light reflecting off their eyes will reveal their location.

Slow down, and watch for other deer to appear. Deer rarely travel alone, so if you see one, there are likely to be more nearby.

One long blast. A long blast on your horn may frighten animals away from your vehicle.

Use brakes if an impact is imminent. Don’t swerve. Instead, stay in your lane. Swerving away from animals can confuse them so they don’t know which way to run. It can also put you in the path of oncoming vehicles or cause you to crash into something like a lamppost or a tree.

Always wear a seatbelt. The chances of getting injured when hitting an animal are much higher if you don’t have your seatbelt on. Also never drive drunk, distracted or drowsy.

Don’t go near a wounded animal. A wounded animal can be unpredictable and cause injury. If it’s in the middle of the road and blocking traffic, call the police immediately.