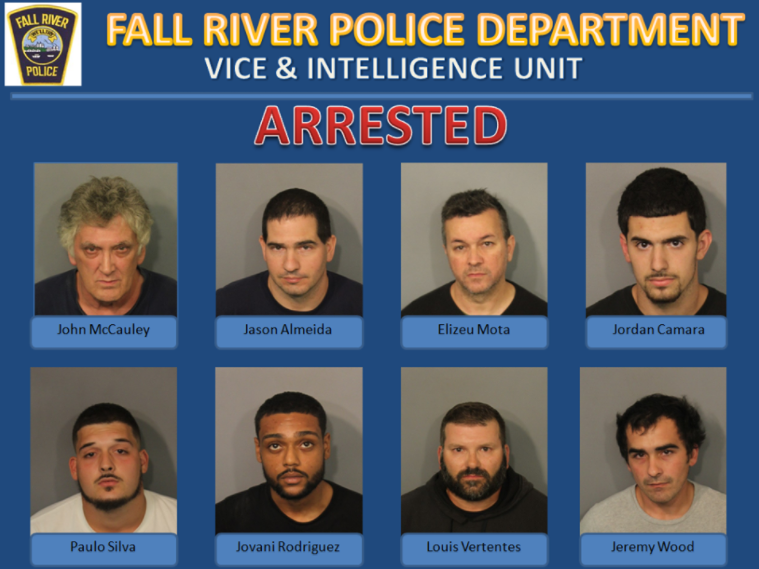 According to Fall River police, on Tuesday, September 29, 2017 between the hours of 7:00 p.m. and 11:30 p.m., members of the Fall River Police Department’s Vice & Intelligence Unit while responding to citizen and business complaints of prostitution activity in the area of North Main Street at Pine Street, conducted an undercover operation in an ongoing effort to address this issue. During the operation, eight (8) males were arrested at the North Main Street and Pine Street location, after soliciting a female undercover police officer, all of whom were subsequently charged with Sexual Conduct for Pay.