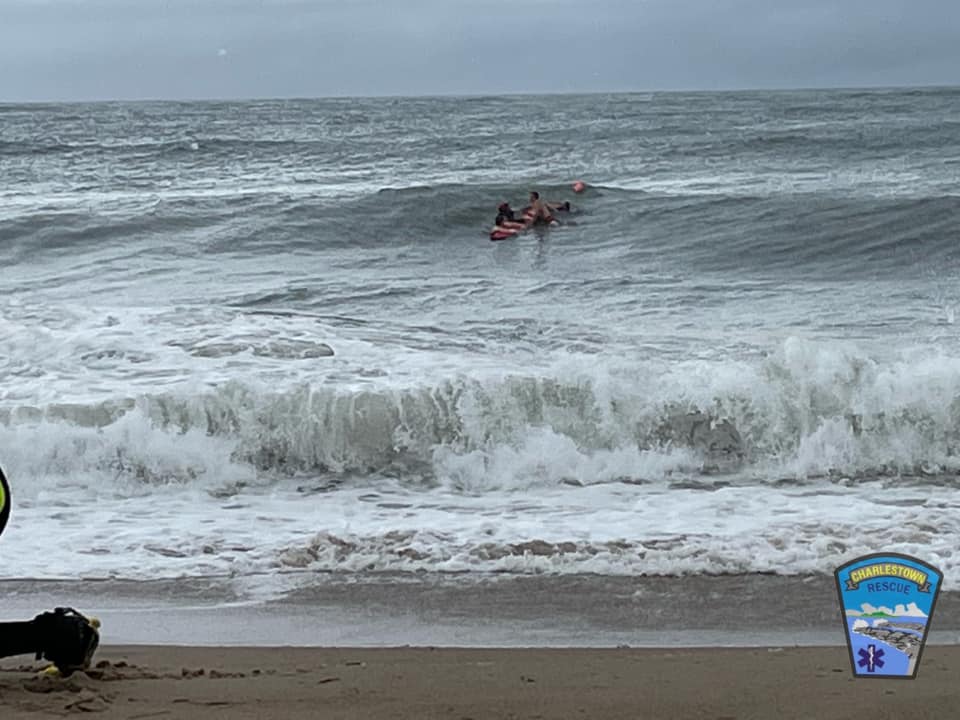 Initial arriving Charlestown Rescue units observed multiple swimmers in the water, holding onto a rescue board, 400 yards off the shore and quarter mile down the beachfront. Charlestown Rescue deployed rescue swimmers with rope tethers to assist in the rescues. Rescue Swimmers upon making contact with the other swimmers, found one injured party. Rescuers on shore pulled the rope tethers and assisted the rescue swimmers and lifeguards pulling the victims back to shore. 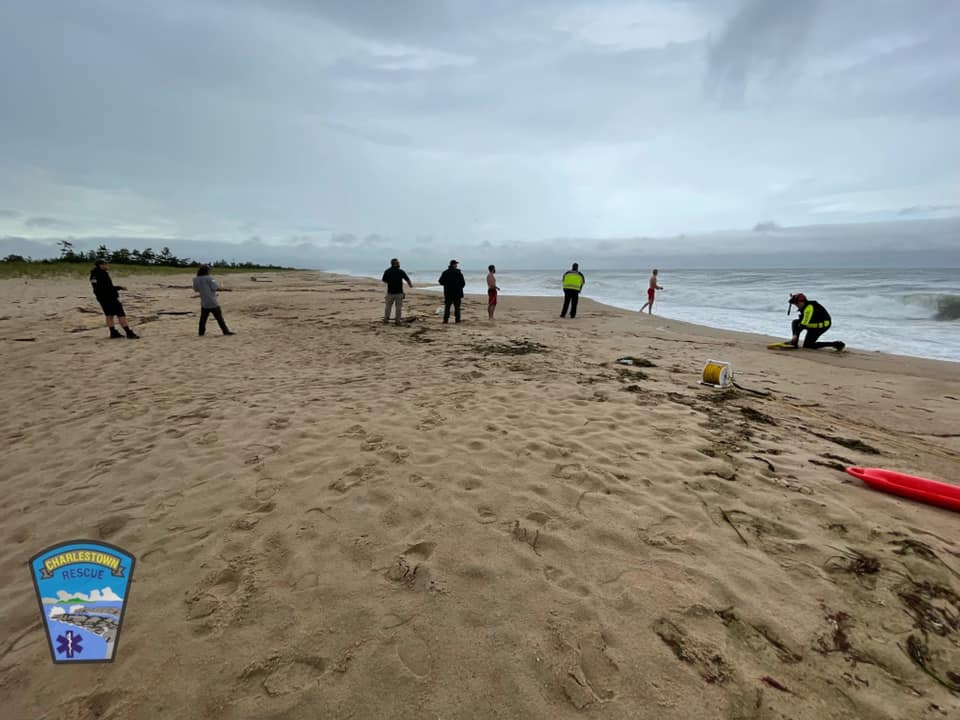 Charlestown Rescue along with Westerly Ambulance treated a total of 5 patients, all refusing further care or treatment.