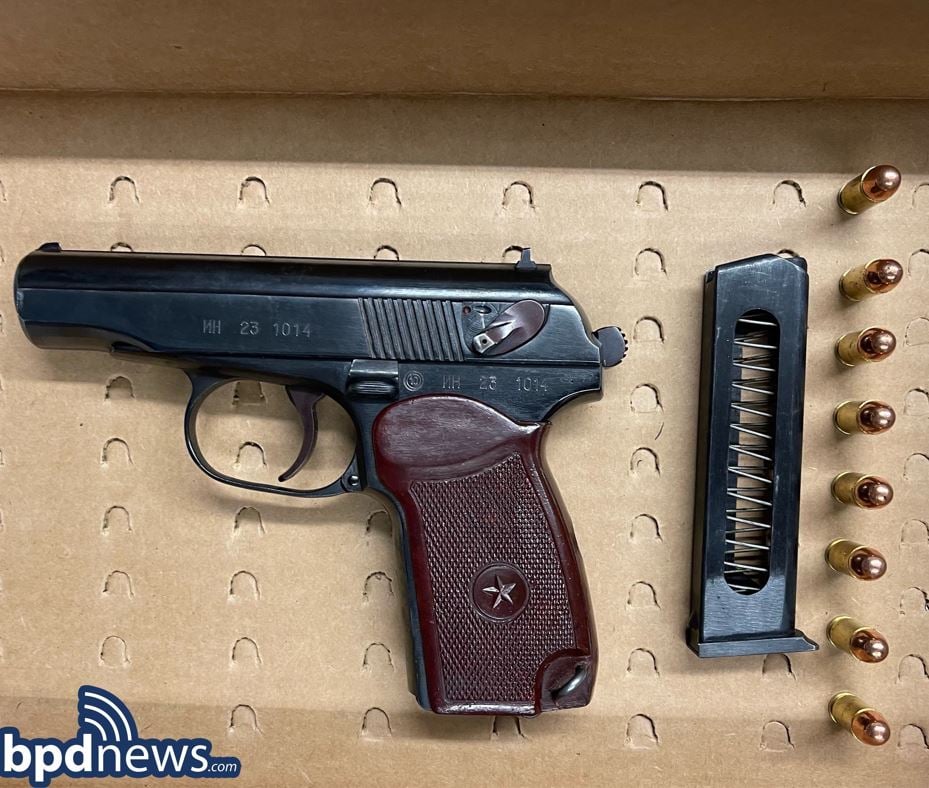 A Fall River man was arrested by police yesterday on multiple charges.

According to Boston Police,at approximately 10:27 p.m,, members of the Youth Violence Strike Force made an onsite firearm arrest of Melvin Mcwhorter, 24, of Fall River, due to an ongoing firearm investigation.
Officers assigned to the Youth Violence Strike Force determined that a man, later identified as McWhorter, may be in possession of a firearm through the course of an investigation.

McWhorter was taken into custody without incident. Officers additionally recovered a rock-like substance believed to be crack cocaine from Mcwhorter.

The firearm was determined to be a Makarov 9mm firearm loaded with eight rounds of 9mm ammunition.