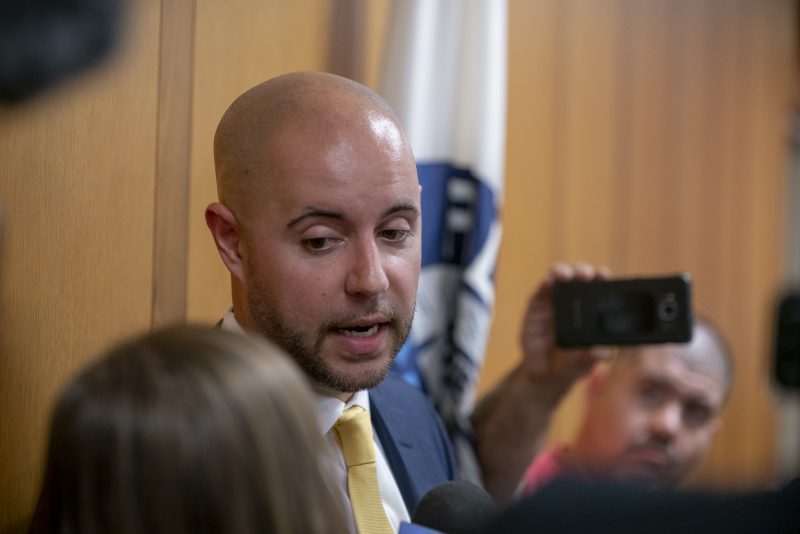 The Fall River City Council has had their own version of “where’s Waldo” when it comes to Corporation Counsel. So much so that the group is looking into alternatives.

Tuesday night’s City Council meeting wasn’t the first time during the new administration that the Council has wanted Alan Rumsey present or an Assistant Corporation Counsel. It appeared however to come to a head last week.

The subject of Corporation Counsel’s absence had already been a topic during the meeting when Michelle Dionne mentioned that there were ordinances that were not in compliance with Massachusetts general law since 1986 and guidance was needed from Corporation Counsel and he was not present.

It was revealed in Tuesday’s meeting that the City Council had sent a letter to Rumsey asking him to attend the meetings when needed. When City Council President Cliff Ponte approached Mayor Paul Coogan on the matter, Ponte was informed that the ordinance states that Corporation Counsel does not have to attend the council meetings and that he is to provide answers to questions that are sent in advance of the meetings. Ponte suggested that an option would be to change the ordinance, but did not want to have to go that route.

As of Tuesday’s meeting, Ponte had not received a response to the letter that was sent in early July.

Cadime expressed his frustration as he felt Ponte, as City Council President, was being disregarded or ignored by the administration. Cadime stated that he did not understand the Counsel’s concern about not being able to answer question’s from layman.

“I could probably answer 80 percent of the questions that come up from this Council and I am not even an attorney.”

Cadime pointed out that the agenda comes out on Friday and gives Rumsey time to get an idea of what questions he would have to answer.

Cadime’s frustration caused him to make a motion to authorize Ponte to get a quote from KP Law to see what the cost would be to have them represent the City Council and have that amount sent to the administration and placed in the FY21 Council budget. Cadime stated that he wasn’t against choosing a different firm than KP Law, but the Council already had a relationship with the firm during the legal battle in 2019 with former Mayor Jasiel Correia.

Linda Pereira stated initially that she preferred to wait and see what happened with Corporation Counsel and if it came to requesting bids, that other firms, such as Fall River firms, be included in the process as she was not familiar with KP Law.

Brad Kilby, Ponte, and Cadime then expressed their praise for the firm in their interactions with them in the past.

A communication was expected to be sent to KP Law for the bid on Wednesday.