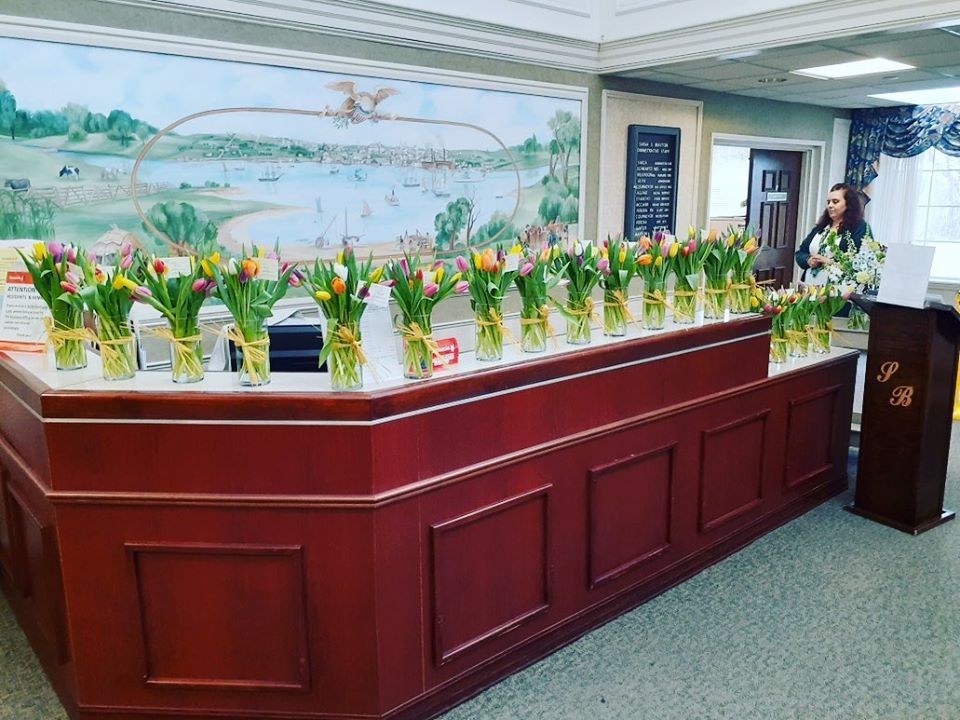 Vases and flowers are lined up in the receiving area of the Sarah S. Brayton Nursing Center in Fall River this week

WESTPORT — Smiles may be hard to find these days as the world moves to combat the Covid-19 crisis.

A Westport business is trying to do all it can to put smiles on the faces of those who need it most; nursing home residents who are unable to receive visitors.

Rapoza’s Florist & Greenhouse has been delivering flowers and vases to Sarah S. Brayton Nursing Center in Fall River for the past three days and will now start delivering to Alden Court in Fairhaven.

“We were told that the recipients … were so touched by this gesture and very appreciative. Let’s keep kindness going strong!!” Rapoza’s staff wrote on its Facebook page this week with photos of the flowers being delivered to Brayton.

Deliveries are left outside the front door of the nursing center to ensure there is no contact with staff or residents.

To sponsor a vase or for more information about the project, visit Rapoza’s Florist & Greenhouse on Facebook or call 508-636-3791.