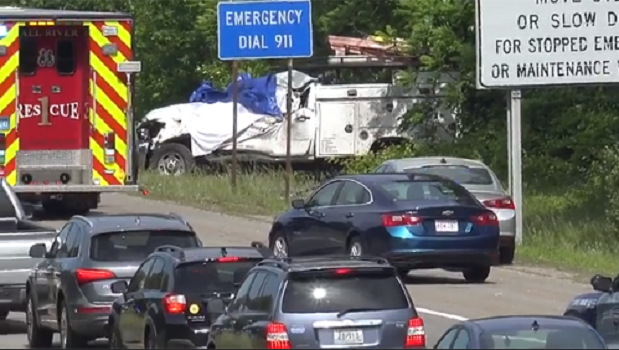 The victim’s name has been released from a fatal crash in Fall River that took place this month.

Preliminary investigation revealed that a 2004 Ford F-250, operated by a 28-year-old man from Tiverton, R.I., was traveling southbound when, for reasons unknown at this time, the vehicle crossed the median into the northbound lanes and struck a 2019 Chevrolet Silverado. The operator, 35-year-old James Dumas Jr. from Lakeville, suffered serious injuries in the crash and was pronounced deceased at the scene. The operator of the Ford was transported to Rhode Island Hospital with injuries not believed to be life-threatening. A 2018 GMC Terrain, operated by a 26-year-old man from Fall River, was also involved in the crash. No tow truck was required as it was able to be driven from the scene by the operator and no injuries were sustained by any of the occupants.

Dumas left behind two parents and a son Tyler. Family and friends described Jimmy as a fun-loving man who was an incredible father to his son and who was always making people laugh. He enjoyed fishing, being outdoors, kayaking, snowboarding, dirt bikes, and quads.

A GoFundMe page has been created for Tyler’s college fund and has raised over $22,000.

Fall River Reporter has yet to receive an update on the crash.