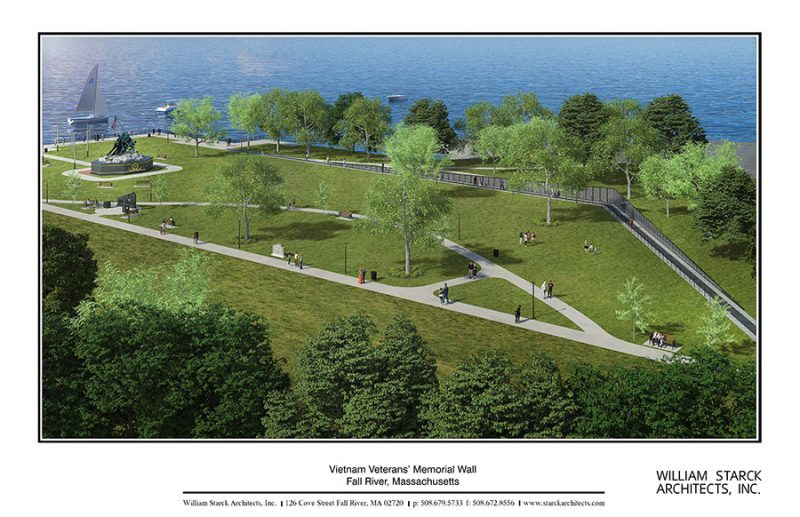 Mayor Jasiel F. Correia II submitted a request to the City Council for $300,000, specifically earmarked to support the building of the Vietnam Veterans Memorial Wall in Fall River back in September. This request was heard and voted upon on Tuesday October 9th and passed unanimously by the Fall River City Council. Leo Pelletier was not present for the vote. The amount will be taken from the city’s free cash.

According to the group in charge of the project, the Wall, to be located at Veterans Memorial Bicentennial Park (1082 Davol Street), will be an 80% scale size replica of the original Vietnam Veterans Memorial Wall in Washington, D.C. Names are listed in chronological order according to the date of each casualty; within each date, names appear in alphabetical order. Names continue to be added and errors corrected as new information warrants. Currently, the Wall contains a total of 58,282 names which represents an increase over the 57,939 names at the opening dedication on 13 Nov 1982. A Yale student, 21-year old Maya Lin, created the design. 23 Fall River citizens have their name on the original Wall.

The project has been endorsed and approved by the Parks Department, the Wall Committee and Ray Hague of the Veterans Service Office. The Committee has garnered property rights, making it the only one of its kind in a 50 miles radius of Bicentennial Park

The wall will measure approximately 380’ by 8’ and be displayed alongside the WW II Memorial and the Korean and Gold Star Memorials located at the park. This project is expected to open in 2020.

In a press release in late September requesting the funds from the City Council, the Mayor stated: “Fall River has always gone above and beyond to honor and care for our Veterans; that’s why I am asking the City Council to support my request for funding. Our City’s Vietnam Veterans and all Vietnam Veterans deserve whatever we can and must do to recognize the sacrifice and service of our Veterans in their fight for democracy and freedom. I urge all businesses, citizens, and everyone who can, to come together and support this endeavor. I look forward to the full support of the City Council with the approval of this funding request. This wall will be a focal point of respect and reverence to honor those who made the ultimate sacrifice in Vietnam and we who continue to keep them in our hearts.”

If you are interested in donating to the Wall or finding out more, you can go over to their web site at http://vietnammemorialwall.org/ 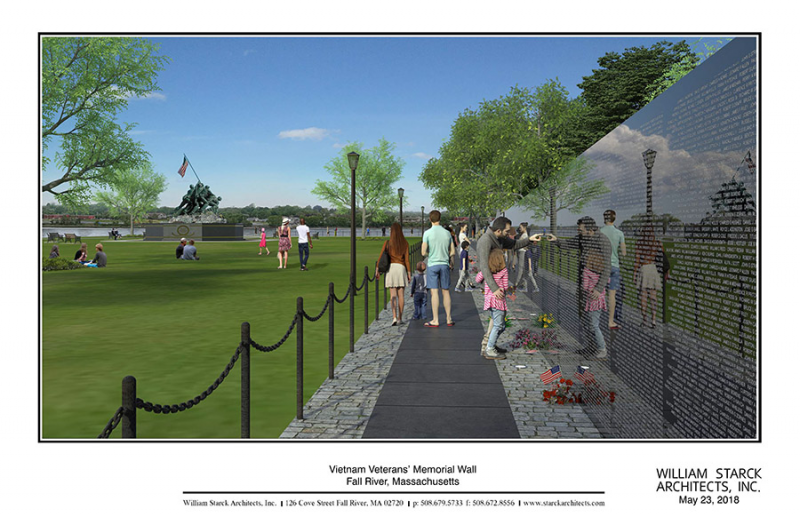