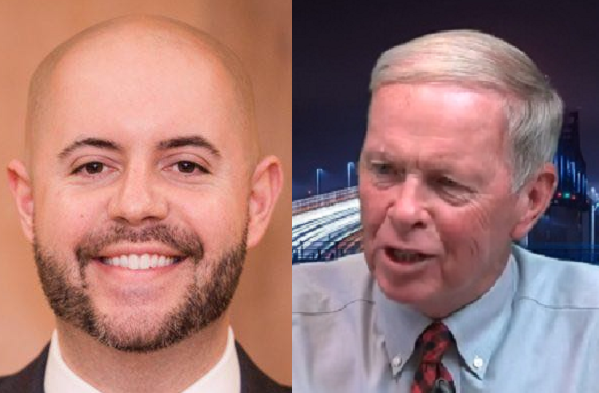 Over the years, we have had mayors that have been progressively minded and worked hard to improve the city. Carlton Viveiros inherited a financial mess and soon after taking office was hit with dealing with the Blizzard of 78. He surrounded himself with good people and united the people behind him. His public-private partnerships created many good things for the city. When he left office, the city, once on the brink of bankruptcy, had millions in surplus funds despite dealing with Prop. 2 1/2.

Fast forward a few years to the administration of Ed Lambert. He also inherited a financial mess but he, also, surrounded himself with good people. He began a program to gradually rebuild and update our antiquated water system. This program exists to this day. Our schools were rebuilt using a good percentage of state money. He stabilized our finances and set the city on a good financial footing. After he left office, the city was hit with 90C cuts which we have never recovered from.

Over the last two years, we have had a steady increase in taxes and fees. You could understand this if these taxes and fees are helping to maintain our services. Instead we are seeing raises above what is allowed by City Ordinance and family and friends given 6 figure jobs. Our School Dept., despite the great effort put forth every day by our teachers, is in shambles. It is amazing how our leaders stood by and did nothing when the Superintendent was verbally abusing employees and a majority of the School Committee led by the Mayor refused to take a stand. This is what happens when you have relatives in the system. Two members of the Committee, Paul Hart and Kevin Aguiar, had the courage to stand up against this behavior. How many lawsuits will arise because of this conduct? The recent arbitration ruling will most likely cost the system a 7 figure settlement. The current mayor blames our low test scores on a school system that isn’t “white enough”. In this day and age, to make such a racially charged statement like that is “deplorable”. Why were the test scores still low in all the years that he was in administration and the School was in his words “more white”?

He has taken the “my way or the highway” attitude with the City Council. Progressive Mayors such as Carlton Viveiros and Ed Lambert sought to work WITH the City Council for the betterment of the city. He found a loophole to ram his budget down the throats of the residents. The Dept.of Revenue has now told us that our budget is not balanced. The idea of taking money out of the Stabilization Account will only cause problems down the road. This city has “kicked the can down the road” enough. We are at the “end of the road”. It’s time to fix it NOW! If he had listened to, and worked with the City Council, this could have been avoided. What happens if the Dept.of Revenue refuses to certify our tax rate? This is what gridlock causes !

We ARE in a financial crisis, similar to what occurred in 1976 and 1995. It’s time to elect people who will stop running the city like it’s 1970. It’s 2021, it’s time, as the late President John F. Kennedy once said “to pass the torch to a new generation”. It’s time to make Fall River, to paraphrase the late President Ronald Reagan ” a bright, shining city of hills”. It’s time to elect a progressive mayor who knows how to run a business, meet payroll, work with the City Council for the benefit of ALL the residents not just family and friends and the “old boy network”. Please join with me in electing Cliff Ponte, Mayor of Fall River.