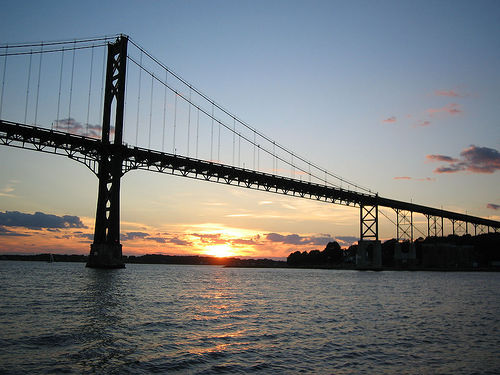 A local man has died after jumping off of Mount Hope Bridge.

Bristol Police arrived initially to the scene and then requested the Rhode Island State Police.

According to two witnesses who called into dispatch, a man was spotted parked on the bridge. One of the witnesses saw what they believed to be a man go over the railing at approximately 12:03 a.m.

The man was retrieved from the water by the Bristol Fire/Marine Unit and pronounced dead just after his retrieval.

The medical examiner cleared the scene just after 3:00 a.m.

RISP made notification to the victim’s family after the incident.

According to family of the victim, he was a Tiverton resident.

If you are struggling and need someone to talk to or need help, dial 911 or contact the National Suicide Hotline at https://suicidepreventionlifeline.org