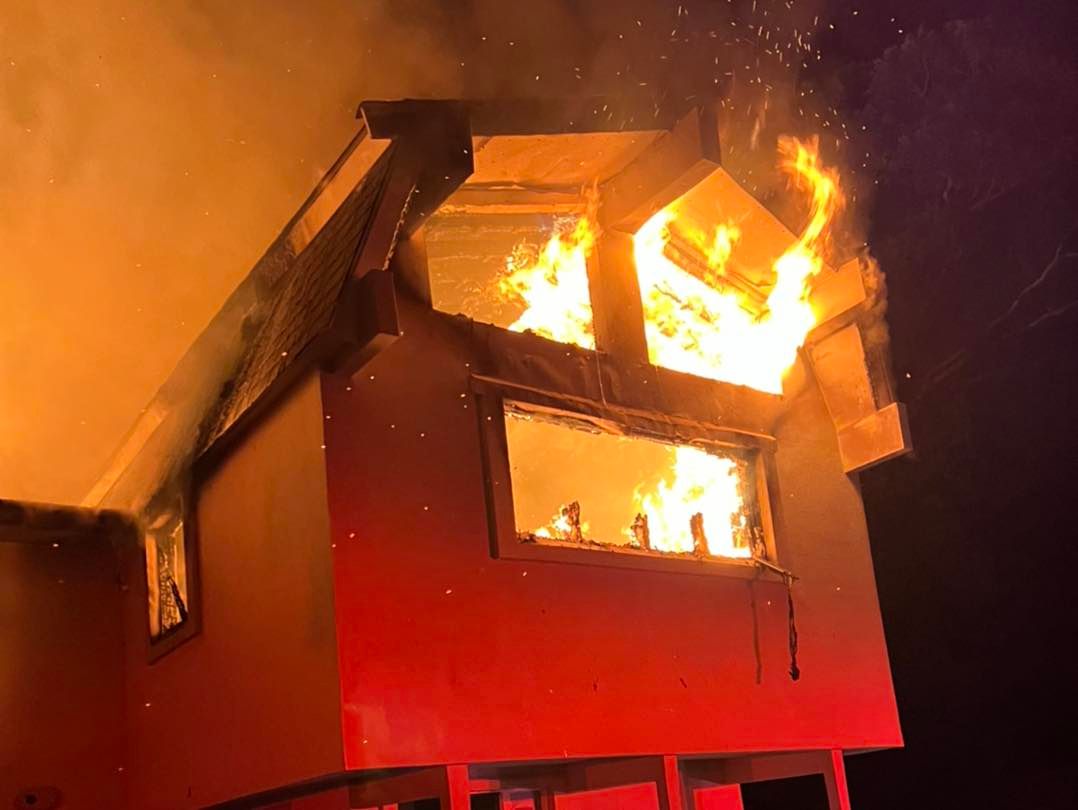 A fire destroyed a home and sent one to the hospital early this morning.

According to the Tiverton Fire Department, at approximately 12:45 a.m. this morning, firefighters responded to Brayton Road for a structure fire.

Upon arrival, crews found a large volume of fire coming from a house. Firefighters were unable to make an interior attack due to heavy fire conditions. Firefighters also experienced difficulty establishing an adequate water supply. The nearest hydrant was located roughly 2500’ from the house.

Mutual aid was called to the scene to provide tankers and manpower while other mutual aid companies covered the station.

One occupant was transported to the hospital for injuries sustained from the fire.

Five adults and one child have been displaced.

The cause of the fire remains under investigation.