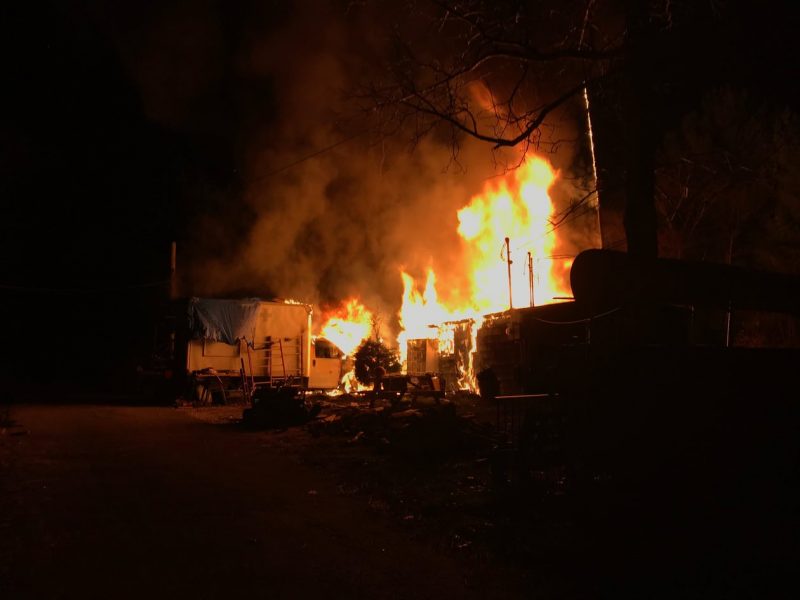 A serious fire in Lakeville Friday evening has left two without a home along with the loss of three pets.

According to the Lakeville Fire Department, LFD responded Friday to 30 Howland Road for a structure fire. Lakeville dispatchers received a 911 call at 5:51 pm concerning the blaze. Early calls reported a person trapped in the home.

Fire officials stated that an ambulance happened to be in the area of the fire while working a football game detail at Lakeville High School and made it to the scene in minutes.

The fire apparatus, traveling the 8 mile trip to the scene, arrived to find the home fully involved. Crews pulled multiple lines and quickly knocked the fire down. Due to the lack of water in the area, water was shuttled in to the scene.

Mutual aid was provided to Lakeville from Middleborough, Freetown, Acushnet, Rochester, and Berkley Fire Departments according to officials. Providence Canteen also responded to the scene.

No one was home at the time of the fire, but a dog and two cats were lost in the blaze.

The Red Cross arrived on scene to provide shelter to the two men who resided at the home.

In addition to the home being a total loss, a work vehicle owned by one of the residents was also destroyed in the fire.