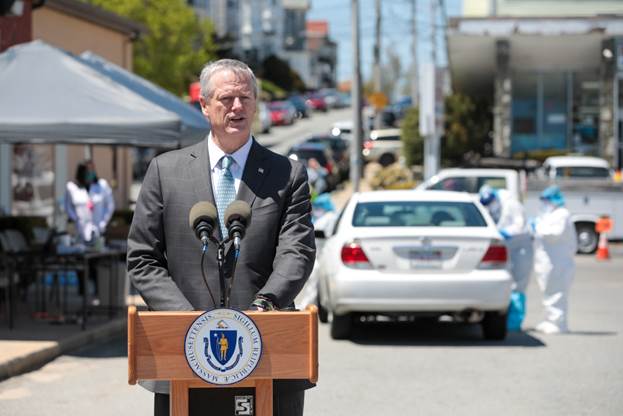 MAY 25, 2022….Senate Minority Leader Bruce Tarr cautioned that the forecast on tax relief “doesn’t look very good for the taxpayer” as Senate Democrats on Tuesday rejected his proposed package of tax breaks in favor of developing a different plan somewhere down the line.

During the second day of debate on the Senate’s $49.7 billion budget for fiscal 2023, Tarr offered an amendment seeking to add tax policy changes that Gov. Charlie Baker has been seeking, as well as a temporary suspension of the state’s gas tax through Labor Day. It failed on a 10-30 vote, with seven Democrats joining the three Republican senators in support.

“As we spend $50 billion, we ought to be able to find something in this budget, today, now, for the taxpayers of the commonwealth,” said Tarr, a Gloucester Republican.

Baker introduced his tax break plan alongside his budget recommendation in January. His bill (H 4361), like Tarr’s amendment, would raise the threshold at which the estate tax kicks in, lower the tax rate for short-term capital gains, increase the dependent-care tax credit, and offer breaks for renters, seniors and low-income earners.

Senate President Karen Spilka has said she wants to pursue some sort of tax relief after the Senate wraps up its debate on the state budget. Arguing against Tarr’s amendment, Senate Ways and Means Chairman Michael Rodrigues said that Baker “does not have a monopoly on good ideas” and that senators will have their own ideas for making sure tax relief goes to those who need it most.

The House also opted against threading tax relief into its budget, similarly, turning down Republican amendments. House leaders have expressed interest in boosting the rent deduction and changing the estate tax in some way, but haven’t detailed any specific plans.

Tarr illustrated his point with a series of charts and three burlap sacks — a large one representing the billions of dollars in the budget, a smaller one holding an IOU for taxpayers, and another containing the host of “critical factors” affecting the likelihood of getting a tax bill to Baker’s desk.

One is timing, with formal legislative sessions ending for the year on July 31 and House and Senate Democrats juggling multiple major topics. Another is that the Senate cannot originate so-called “money bills” that change the amount of revenue the state will collect, leaving the chamber dependent on House action.

The debate comes amid high inflation rates and rising gas prices, and while Massachusetts state government is flush with cash.

The state still has federal COVID-19 relief money to spend and is on track to end this fiscal year with a sizable revenue surplus. Republican senators arguing for the amendment noted that April’s tax collections came in more than $2 billion ahead of expectations.

Sen. Ryan Fattman, a Sutton Republican, told his colleagues that “not one single penny” in the state’s surplus or rainy day fund was their money and said it belonged to the people they represent.

Rodrigues said the Senate has worked to provide aid and services to taxpayers, including through the budget it plans to pass this week that helps people access key services like education, child care, and health care.

Sen. Adam Hinds, a Pittsfield Democrat and the Senate’s Revenue Committee chair, said Baker’s plan does not contemplate other possible measures, like a boost to the Earned Income Tax Credit.

Hinds, also a candidate for lieutenant governor, said he looks forward to continuing the work on tax relief, which he described as “critical.”

“When we’re considering a tax package, as the Senate president has indicated we are, I want to be darn sure that our package results in money staying in the pockets of our residents and those who need it most,” he said.