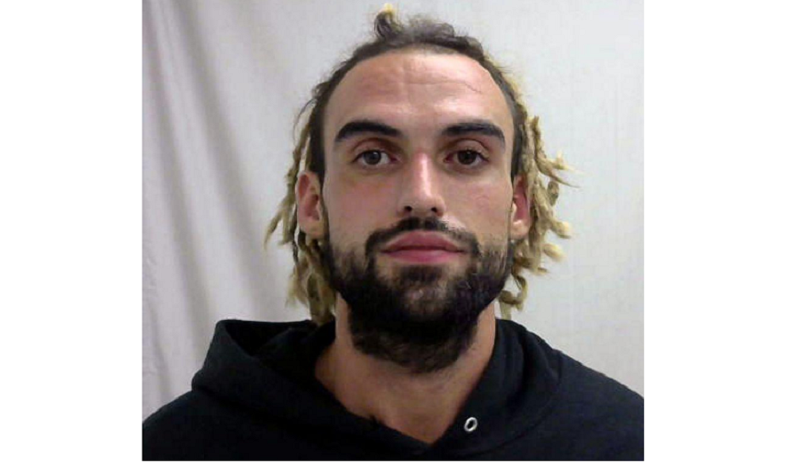 On September 27, 2017, Fall River Police were contacted by a male and female victim outside a CVS Pharmacy. The victims told police that as they were entering their car, a man approached them and asked for a lighter.  The male victim began to open his car door when the defendant stopped him, grabbed onto his waist band and said, “you see this, give me the keys.”

The male victim saw the impression of a gun and handed the keys to the man.  The defendant got into the car and sped off. The male victim’s cell phone was located on the side of Route 24 in Taunton. Fall River Police, utilizing surveillance video from outside the CVS, were able to positively identify the suspect as this defendant.

Later on the same day, Taunton Police responded to Rick’s Mobil for a reported armed robbery.  The female cashier was followed into the store by the defendant.  The defendant approached her and told her he had a gun. He then demanded money.  Surveillance shows him taking cash from the register.  He is seen on video fleeing the scene in the Fall River victims’ car. Taunton Police found the carjacked vehicle the next day in Taunton.

Then on October 16, 2017, Easton Police responded to a call for an armed robbery at Papa Gino’s pizzeria.  In this incident, the  defendant came in to the restaurant, ordered a pizza, then demanded cash from the register, while threatening that he had a gun.

Police in Bellingham found the car and a male matching the robber’s description near the car. He was arrested without incident.

During a sentencing hearing before Judge Raffi Yessayan, Assistant District Attorney Daniel Walsh argued for a five to seven-and-a-half year state prison sentence, while the defendant requested a three to five year prison term. Judge Yessayan handed down a three to five year state prison sentence, and also placed the defendant on supervised probation for three years. The probationary period will begin upon the defendant’s release from prison.

“This defendant clearly poses a danger to the community based on his violent crime spree fueled by drugs,” District Attorney Quinn said.  “Hopefully, this sentence will adequately protect the public from this defendant.”